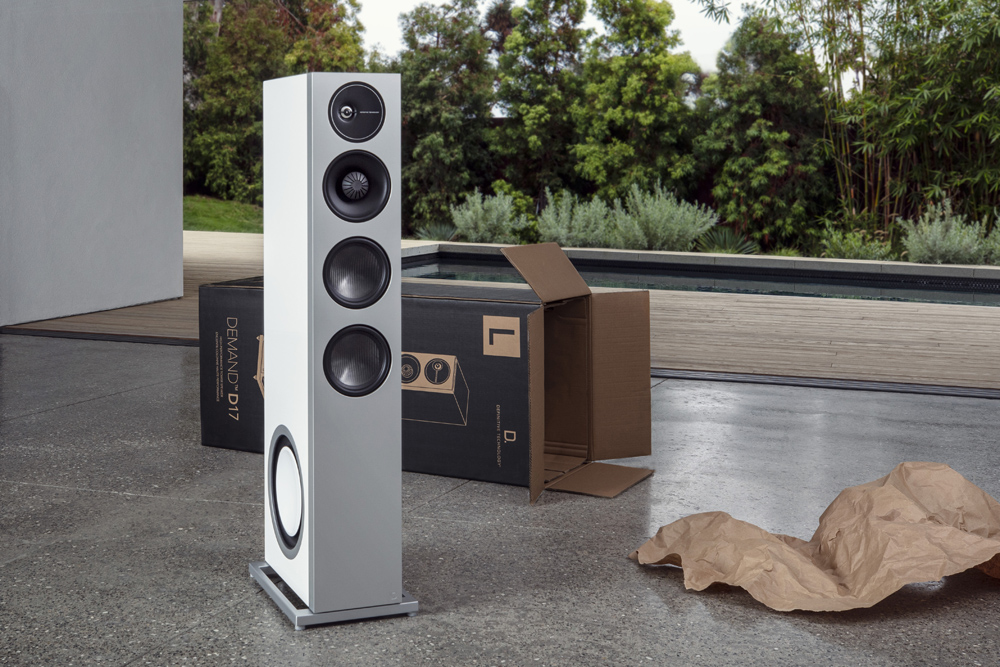 At over a metre tall this aluminium fronted and gloss black speaker would not look out of place in any modern interior. The D17 stands at 109cm tall, 26cm wide and 37cm deep and sports a total of six drive units per speaker! However, the two side-firing 10 inch bass cones act as passive radiators to underpin bass heft. So this is a sealed box 3-way speaker design. The speakers weigh 29kg each and are fairly easy to move around and position. 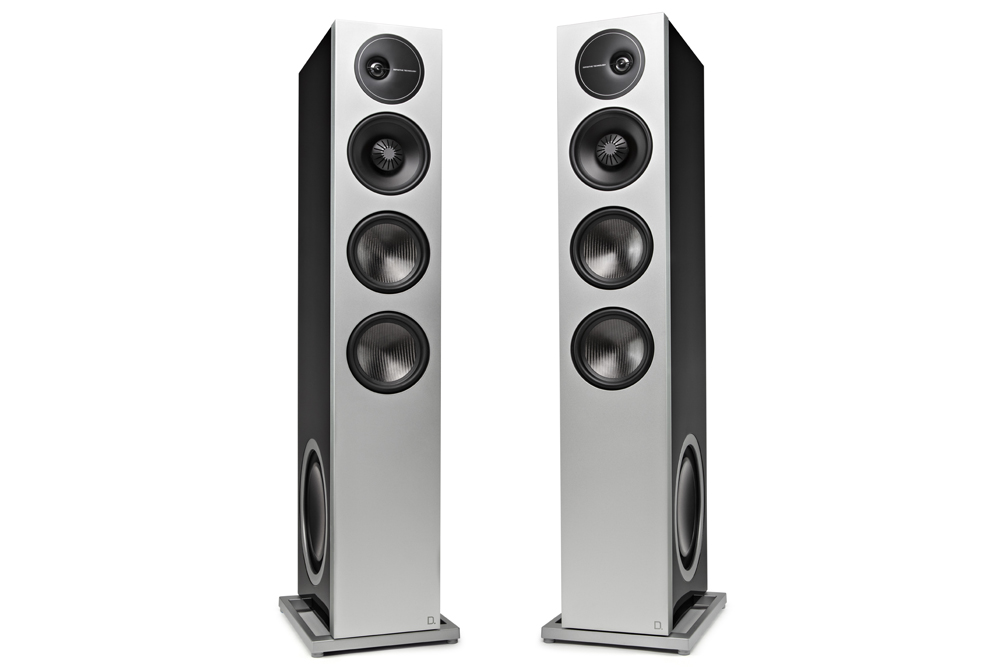 Looking at the tweeter first, we have an annealed 1 inch/25mm aluminium dome placed within a double-formed specifically-designed waveguide which ‘Def Tech’ calls a “20/20 Alignment Lens”. Effectively, the tweeter sits in a 5-degree offset within a flared guide with a larger and shallower waveguide. Def Tech claims greater dispersion and better imaging with this arrangement. As a result, the tweeters sit slightly to the outside of the speaker's centreline, but more on this later.

The midrange is handled by a 6.5 inch (165mm) polypropylene cone featuring a central plug with radial slots to further aid sound dispersion. Patented twin surrounds, which Def Tech calls a Balanced Double Surround System (BDSS), allow for greater linear movement without cone breakup. Excursion should remain accurate unless the volume is pushed too high, of course.

The four front drivers are attached to a 7mm thick aluminium extruded channel that wraps across the front of the speaker and partway along the sides. The bead blasted finish on the aluminium aids strength and sound dispersion. A 19mm thick aluminium base plate provides support and stability while accepting a choice of either four adjustable carpet spikes or floor surface-attentive felt pads. The D17’s enclosure is thoroughly constructed and well-braced. The overall fit-and-finish is of a high standard and matches that of a higher price point. 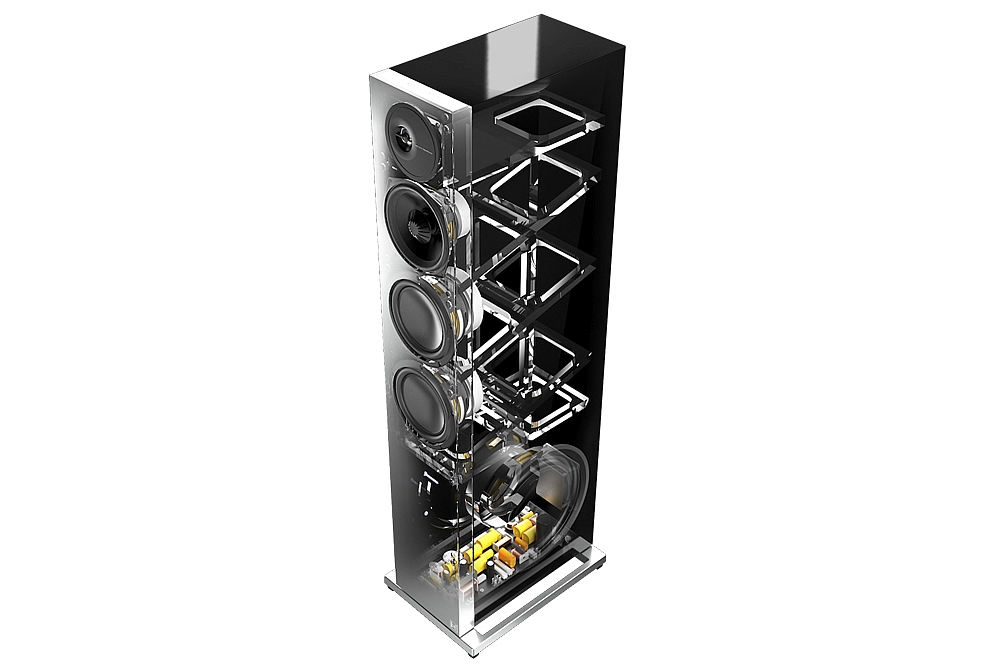 Definitive Technology has quoted a frequency response of 38 Hz to 24 kHz with a “Lower and Upper” -3dB parameter of between 42 Hz and 22 kHz. A given sensitivity of 87dB (1 watt/1m) suggests a reasonably powerful solid state amplifier of at least 50 watts may be required to make these speakers sing. Conversely, the specified nominal impedance of 8 ohms will be gentle with valve amplification.

Def Tech’s speaker positioning guide recommends the D17s be placed a minimum of 30cm from the rear wall and the speaker fronts facing the listening position in an equilateral triangle formation. The company does qualify positioning instructions by saying to not be afraid of experimenting… So let the listening experiments begin!

I started listening with the speakers positioned 30cm away from the rear wall, as advised by the D17’s setup instructions. I found the sound lacking in depth so I ended up bringing them forward to 1.2 meters where the sound integrated better with my 7 x 6 meter listening room. I tweaked the speakers’ angle with a slight toe-in towards the listening position. 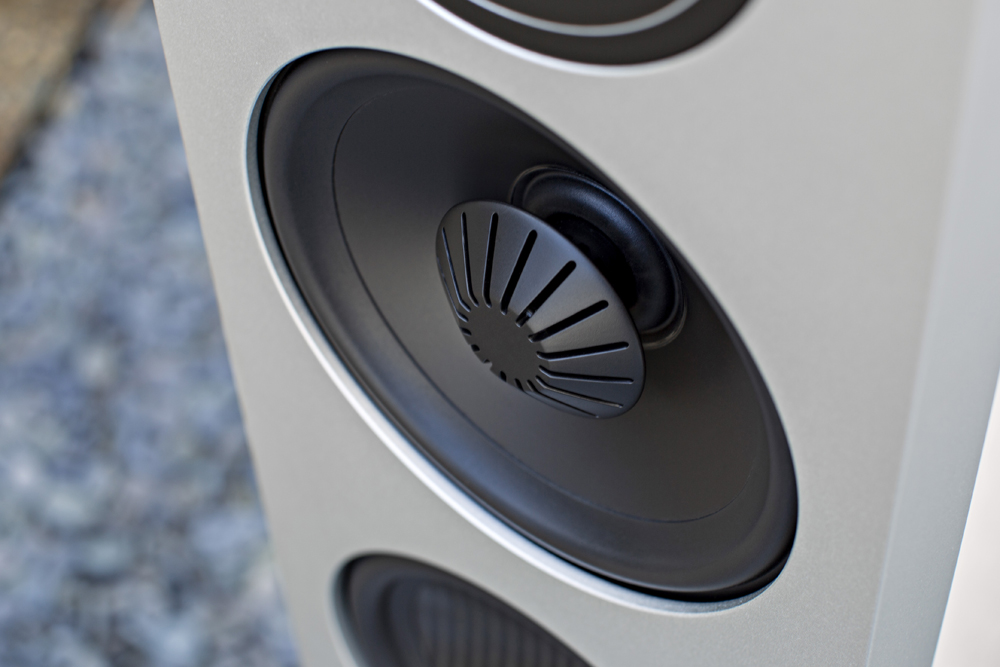 Connecting the D17s with single speaker wire to my 300 watt Musical Fidelity Tri-Vista 300, I spun the first slab of vinyl on my venerable Thorens TD 124. Prince's album Around the World in a Day. The hit track “Raspberry Beret” came across with a big, bouncy and full sound. The strong bass the speakers produce contributes to the fullness of the overall sound.

I did however feel the soundstage was concentrated around each speaker while the central image was a little lacking. After reading Edgar Kramer's review of Definitive Technology's D11 standmount speaker (1 March 2018, link here) he noted that he preferred the sound with the speakers’ offset tweeters on the inside, bringing the 1 inch aluminium domes slightly closer together. 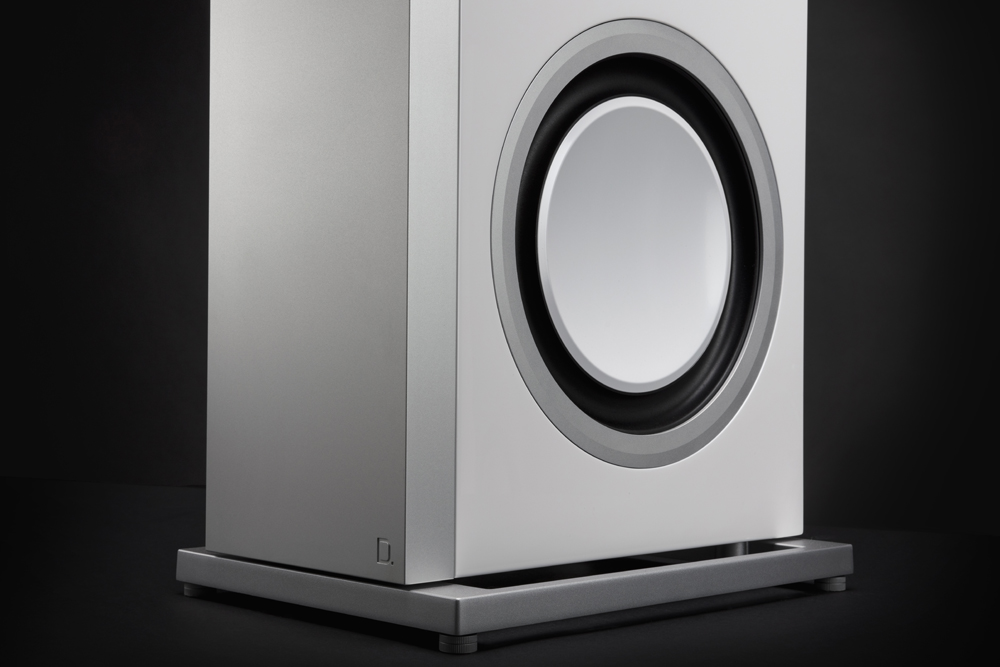 So I swapped over the speakers and… What a difference! This produced a uniform and holistic sound field with width, height and depth. Prince's vocals were portrayed in the centre, tightly focused between the speakers, with instruments having good separation. The Linn synthesised drums had power and impact while hand cymbals had good clarity and delicacy.

Turning to Paul McCartney's band Wings, the 1973 album Band on The Run. I played the opening and title track which sees the lead guitar introducing the song’s rhythm, later to be accompanied by the synth and percussion. If there is a song for these lockdown times, then Paul is singing it! “Stuck inside these four walls, sent inside forever, never seeing no one, nice again…" The D17's followed the flow of the song, underpinned with some great bass from the drums.

The next LP played was a reissue from Afrobeat pioneer Fela Kuti. Fela J.J.D., recorded live at Fela's communal Kalakuta Compound in 1977 Lagos, Nigeria. The recording starts with the crowd and Fela interacting, with the D17s pinpointing the singer’s central location on the stage and the crowd spaced across the front of the speakers. Sound depth was good with a clear sense of space between the performers and crowd.

Conga drums and baritone saxophone kick-off the set. The sax sounded suitably rasping and brassy. The conga drums drove the upbeat tempo nicely. The D17s presented the live concert with realism and a wide 3D sound image, with bass lines well-driven and the calls out to the crowd from Fela Kuti adding to the fun live sound. 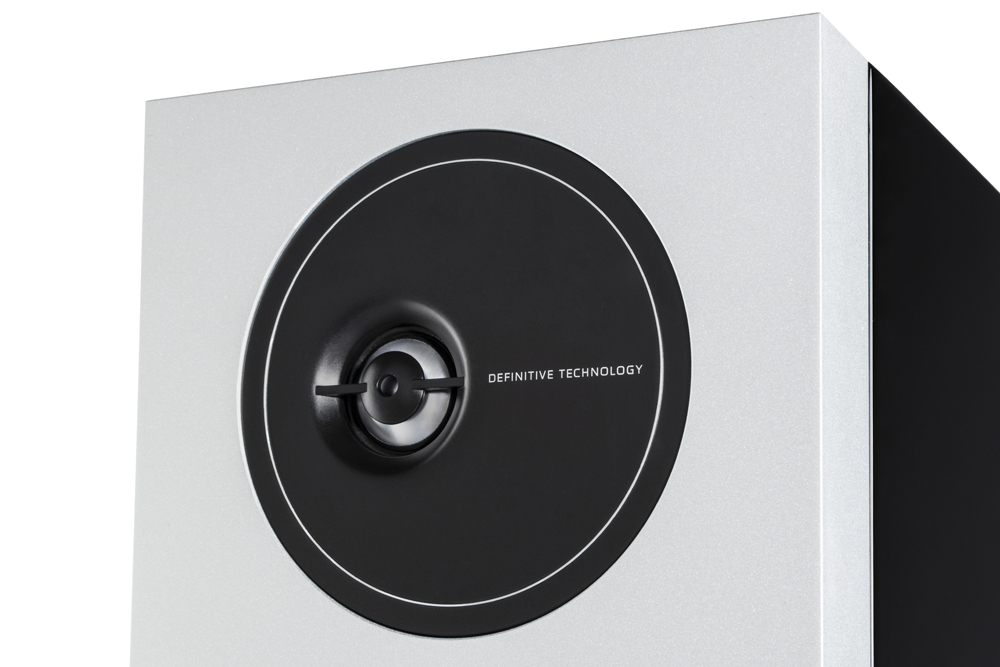 I really enjoyed listening to these big and bold sounding speakers. The soundstage was full, detailed and dynamic, with imaging wide and tall. It’s also underpinned by deep and well-formed bass. There’s good separation of voices and instruments, the speakers were able to startle this listener, a sure sign of a good speaker.

Experimenting with careful positioning of the Demand D17 speakers is well rewarded with a holographic image. They are excellent all-round floorstanders at an affordable price and they only get better with higher resolution music formats. As good as the D17s are as main stereo loudspeakers, they can be configured within a multi-channel context with Definitive Technology’s Demand series’ matching centre speaker, Demand series standmount speakers for surround duties and the company’s wide variety of highly acclaimed subwoofers.

Big bang for your bucks!