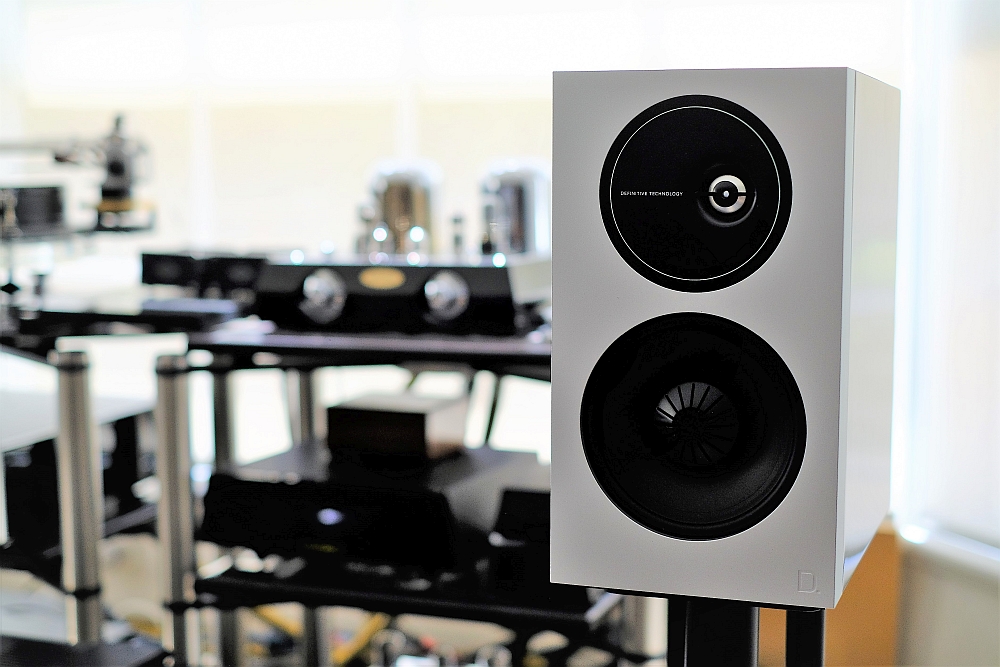 While on a personal level I have a vibrant zeal for high-end audio and the results from the creativity and imagination of talented designers with less restrictions in production budgets, I’m also fascinated by what is possible to achieve when boundaries are tightly set on products aimed at the entry level. There have been many occasions where budget fare has impressed me with a sonic performance that is way above the expected. I found myself in such a scenario when I popped-in to Audio Connection, one of Sydney’s most respected and longest-established high-end audio retailers, while there to collect a Gryphon amplifier (Diablo 120 soon-to-be-reviewed). A zigzagging multi-dimensional conversation with affable proprietor Josef Riedeger on all things audio somehow wound up in the following scenario…

“Hey, while you’re here Edgar, have a listen to these speakers that have just arrived…” says a teasingly enthused ‘Joe’ Riedeger.

“Really Joe? My review schedule is busting. My writers and I have commitments for months!”

“C’mon, let’s have some fun” hints he, a mischievous grin pulling from the corner of his mouth.

We walk into the large open space that is the main showroom upstairs. Casually set-up among the extensively spread out audio is an inconspicuous system featuring a pair of mid-sized standmounts – modestly attractive yet unassuming enough. He fires up a track. I listen… and I reach up to support my dropping jaw.

“Freakin’ awesome Joe! What are they and what are we looking at, $5K or up?”

“Whaaaat? On what planet?” I yell.

And this is how I found myself making an uncommon deviation from my usual high-to-über high-end review fare to what may be, from memory, the lowest cost speakers I have ever reviewed (as I wrote this I remembered the Andrew Jones-designed Pioneer entry level 5.1 package that retailed for roughly the same price and was ridiculously good). 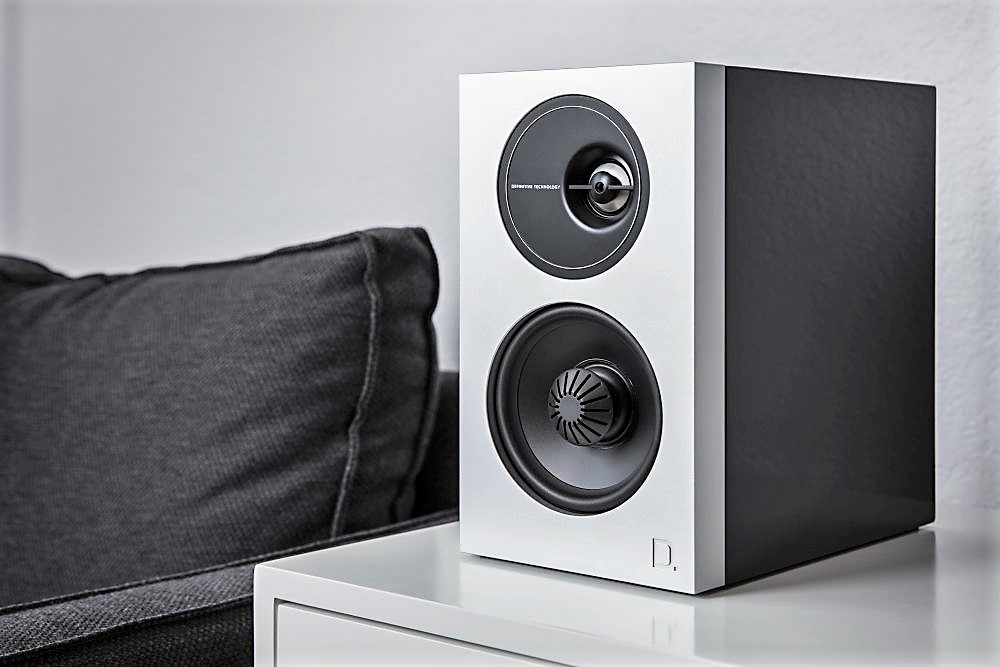 So having read thus far, you’ve gathered that this will be a positive review. Well, yes it will be but read on because the details and reasons behind these budget speakers’ rather extraordinary performance are most interesting.

The new Definitive Technology Demand series was launched towards the latter part of 2017. At this stage, the Demand series comprises of three models – D7, D9 and the subject of this review, the range-topping D11. All are standmount designs.

The range is very attractively styled and reeks of quality way beyond its price level. The speakers’ solid MDF cabinets are finished in a beautifully-applied six-stage gloss black and feature accents by way of a beat-blasted aluminium baffle and a top panel aluminium strip deeply-etched with the company name. Very classy.

Def Tech (for short) has developed bespoke drivers for the D11 by way of a 25mm annealed aluminium tweeter and a unique-looking 165mm mid/bass driver. Further, the company has inset an oval 155mm passive radiator on the enclosure’s top below a protective non-removable black grille-style cloth. The speakers’ front can be dressed with a removable and acoustically transparent grille which attaches to the baffle via embedded magnets. Neat. 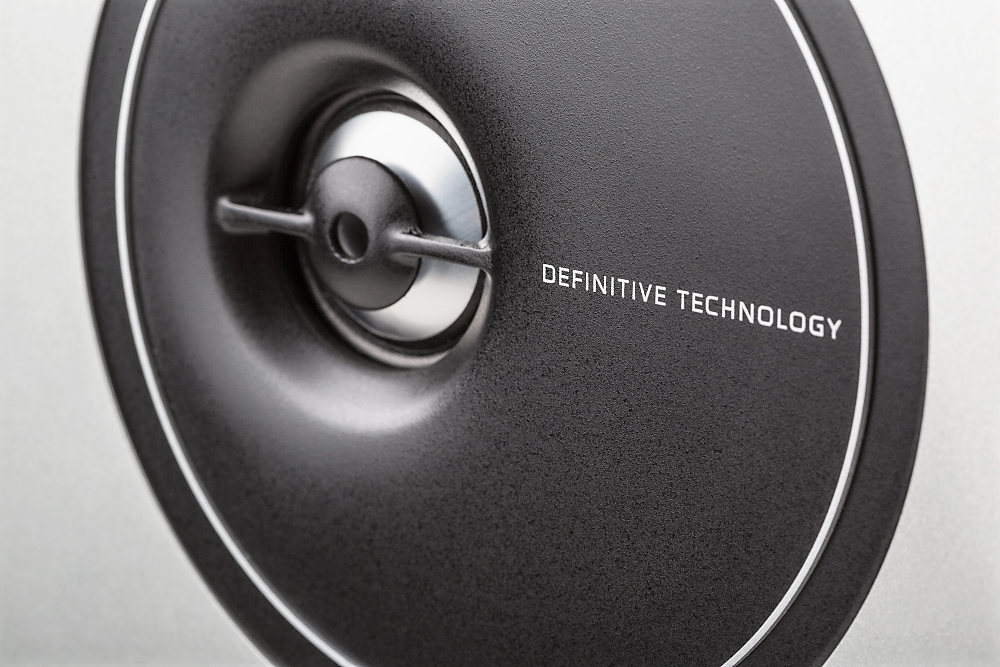 The 25mm dome tweeter features a ‘20/20 Wave Alignment Lens’ and has been off-set by five degrees to an off-centre position on the baffle. Def Tech claims better dispersion by way of a more controlled off-baffle diffraction pattern resulting in a claimed improvement in imaging. Each speaker is labelled with a ‘Left/Right’ imprint on the rear, with Def Tech suggesting a starting point of tweeter-on-the-outside configuration.

The unusual mid/bass 165mm polypropylene driver also features a form of dispersion/response control, termed a ‘Linear Response Waveguide’ which has been designed to smooth out on/off-axis frequency response and crossover point notch irregularities. It’s a mushroom-like protrusion extending out from where the dust cap would be and is designed with a number of radially-arranged slots. The driver is terminated via what Def Tech calls a BDSS (Balanced Double Surround System) which is said to provide greater output via increased excursion. Of course, the large-spider oval passive radiator provides further subjective output while extending the low frequency reach.

Definitive Technology specifies the D11 as having a frequency range between 48Hz and 24kHz (61Hz and 22kHz with -3dB limits), a sensitivity of 90dB (1 watt/1m) and a nominal impedance of 8 ohms. This is one easy speaker to drive and Def Tech suggests amplifiers capable of between 20 watts and 200 watts of output. 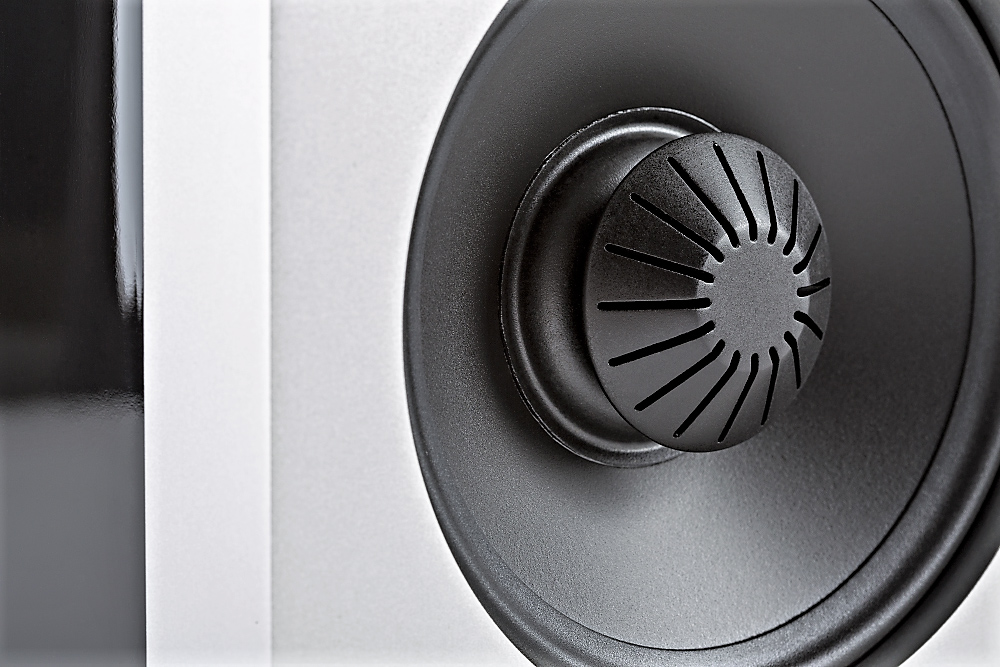 If you require speaker stands, Def Tech offers an optional pair of bespoke stands, the ST1 (AU$795), which have been designed to elevate the D11’s tweeter (and the D9’s) to an optimal 32-inches. The stand features a steel column, a heavy MDF base and a natural aluminium accent – matching the Demand series aesthetic – and they can be filled with dry sand or lead shot for added mass.

While the performance assessments truly reinforce this, I should reiterate that the D11 is an extremely well-built and engineered product which you’d swear is at least double the price. And I mean this in terms of overall construction fit, paint, aluminium trim quality and, most importantly, in terms of the high quality bespoke drivers. Decent binding posts are also part of the package. As a bonus, remove the front grille and you’ll see a very attractive and modern styling… if I owned them, I’d ditch the grilles; they’re quite beautiful sans.

As mentioned above, Def Tech suggests setting up the tweeters on the outside for a larger soundscape and claimed improved imaging. While I agree with the company’s assertion that the presentation is somewhat more expansive in that configuration, I preferred the more precise image focus I achieved in my room context (with minor sacrifice in lateral sound stage spread).

D11 launch at Kramer’s was reminiscent of my first impression at Audio Connection’s establishment. There – and here – the D11s immediately impressed with their extremely dynamic and seemingly almost full range sound. This is scale way beyond the size; I’m talking small floorstander-like here. 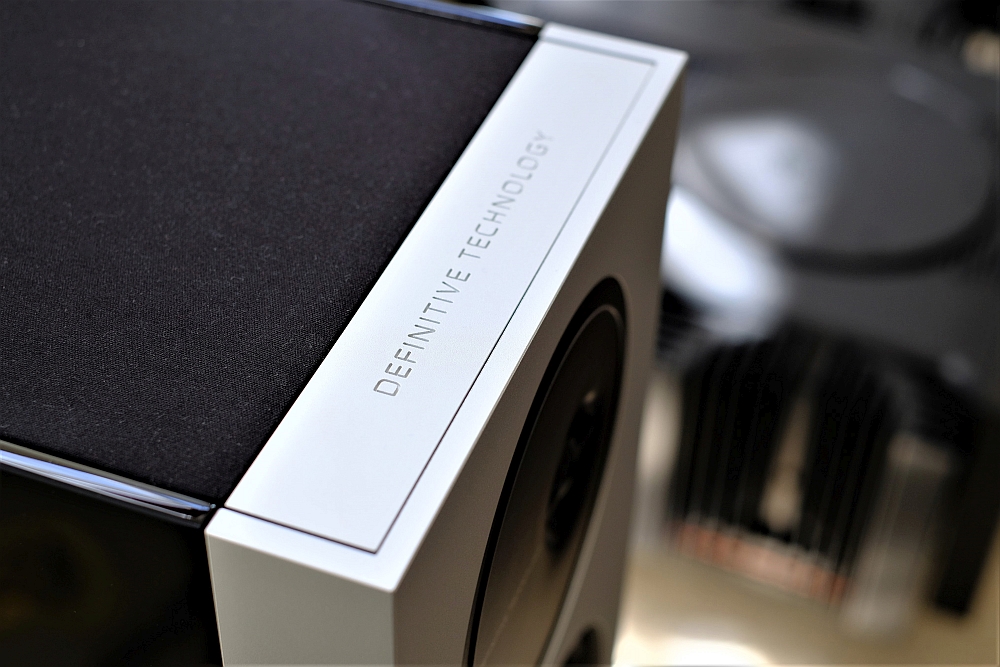 Yes, despite the contrary tweeter configuration, the D11s projected an enormous soundstage in all perspectives, even the tricky-to-reproduce height perception. And because of my contrary configuration, in my room, the imaging of appropriate recordings was exemplary too. Instrument placement within the large sound stage was accurate and realistically proportioned.

Some aluminium tweeters can be a tad abrasive, especially with compressed or closely-mic’ed recordings. Not this baby. Yes, there was stunning detail retrieval, and by no means would I suggest this is a mellow tweeter, but its integration and overall balance between detail and resolution has been thoroughly accomplished. The complexities and demands of Yello’s “Drive/Driven” from Essential Yello were clearly resolved – every nuance and electronic trick dispensed by this Swiss duo was clearly discernable via the D11s, while the synth low end punched hard. 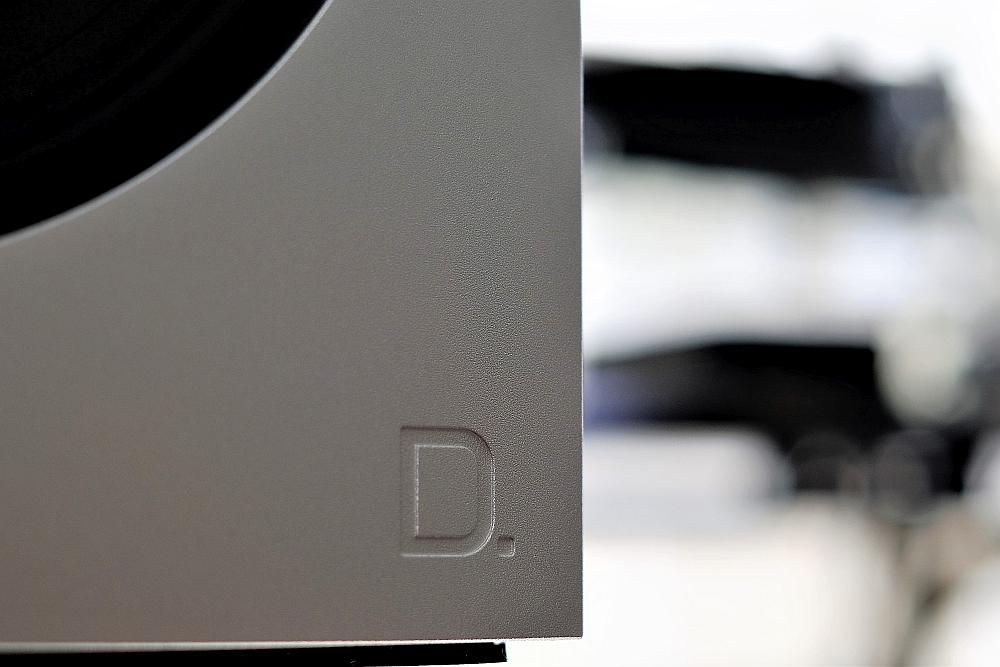 And that bass… it’s a deep bass register subjectively way beyond what’s suggested by the specifications. “Sergio Leone” from Jackson Browne’s The Naked Ride Home had much of what I hear with small floorstanding speakers I’ve had in-house. But in the case of the D11s, it’s not the bass you hear in small standmount speakers. You know, the ones have been pushed within an inch of their life in the mid-bass in order to trick the listener. This is surprisingly linear bass with punch, detail and scale. The kick drum intro in “Casino Nation” from the same Browne album was textured, tight and impressively potent while the D11s demonstrated superb control and pace to the electric bass line that follows.

Vocals were clear, nuanced and accurate. No syrup here, however. Lively recordings such as Ryan Adams’ Live at Carnegie Hall have Adams placed in a large hall with his image locked in centre stage. As he strums the D11s resolve the complexities of string, nail and vocal sibilance – this last being calmly reproduced without harshness but with the accuracy and immediacy of the close-mic’ed live-to-mixing-desk signal flow. 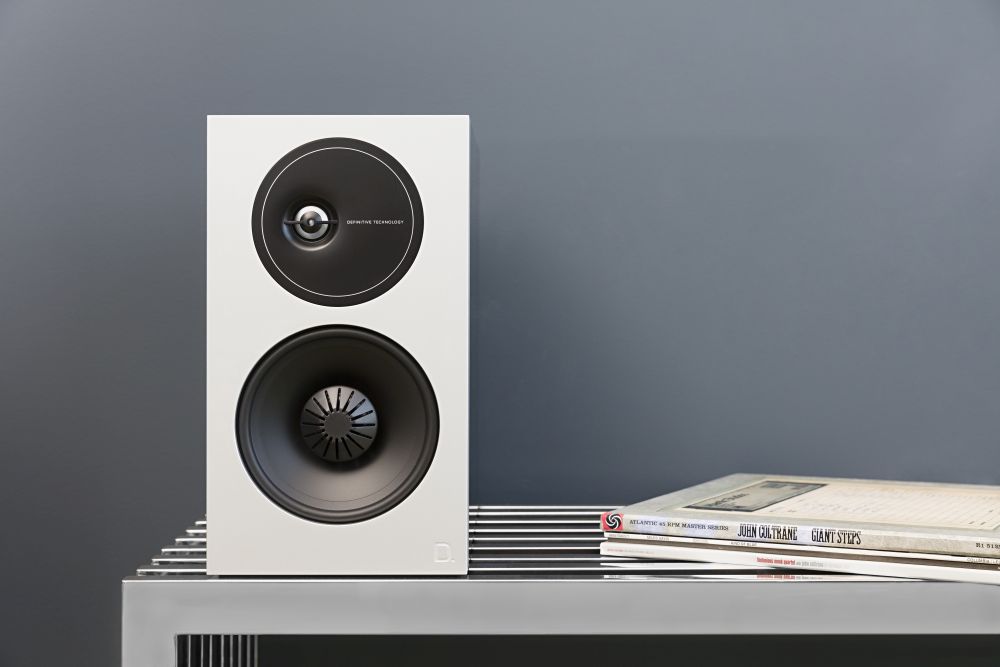 Even large orchestral works come across with superb scale and dynamic expression. Several samplers I have residing permanently on the coffee table feature a whole variety of recordings from a multitude of composers, orchestras and conductors. All recordings displayed these speakers’ extreme capabilities juxtaposed with their size. Cue Lawrence of Arabia’s Overture, Cincinnati Pops’ orchestration and movie soundtrack, and the enormous drum rolls and big orchestral sections can be mesmerising in their expanse and muscular scale.

As I mention in the introduction, these are among the lowest priced speakers I’ve actually formally reviewed (I’ve had plenty in-house for evaluation and playground duties). But don’t let the Def Tech’s affordability fool you – the D11s are a stunning achievement and clearly show that when a large company goes all-out to produce a value proposition, it doesn’t mean the end result has to be crippled by compromise.

In fact, Definitive Technology’s engineering chops have produced somewhat of a rare freak: a truly affordable, high performing, beautifully finished, constructed and styled speaker that possesses the indisputable inherent cachet a sizable speaker-producing concern can provide. The D11 has floored me… colour me conclusively and definitively impressed.