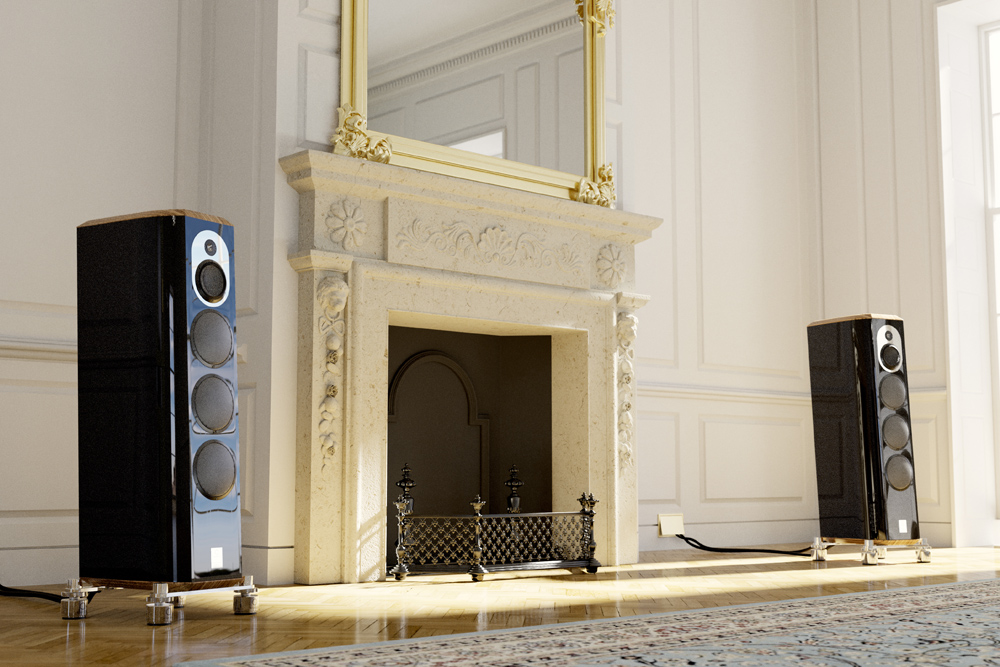 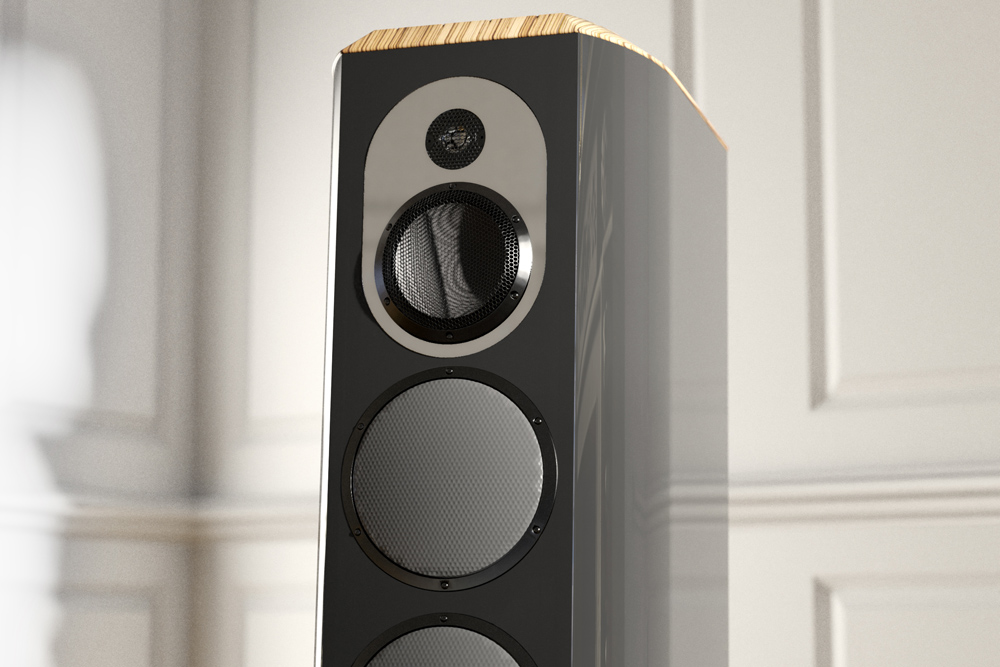 The crossover continues to be Marten’s preferred first-order design which is populated with high quality components such as custom-made resistors and silver/gold capacitors. Marten offers an upgraded ‘Statement Edition’ version featuring Jorma Statement internal cable and yet higher-specification crossover components.

The Mingus Quintet 2 sees a redesigned cabinet architecture which employs a revised bracing and strengthening scheme and construction from a combination of fibre laminate and solid wood, the latter now applied to the top and bottom panels (available in oak, walnut and Zebrano woods). Internal surfaces are controlled against vibrational distortions via appropriate use of damping materials. The external cabinet is luxuriously lacquered in a seven-stage polishing process. 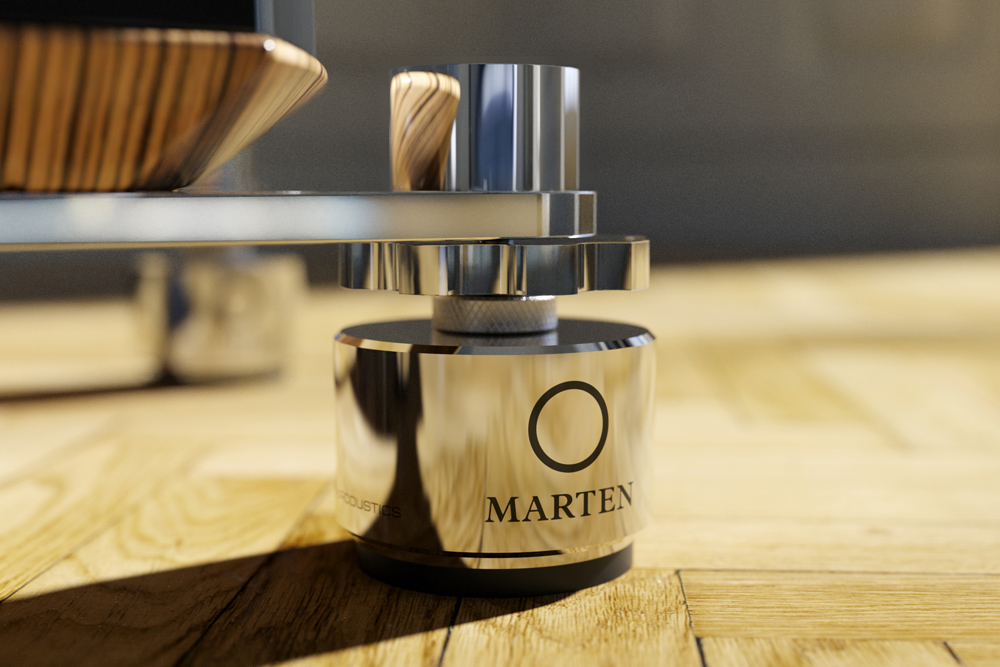 Mingus Quintet 2’s entire enclosure is now supported by a chromed steel outrigger which itself is isolated via a footer system co-designed with specialist IsoAcoustics which is said to prevent cabinet oscillation while enhancing the Mingus Quintet 2’s bass performance.

Marten specifies the Mingus Quintet 2 as having a very wide frequency response spanning from 24 Hz to 100 kHz (+/- 2dB) with crossover points at 370 Hz and 4 kHz. Sensitivity is stated as 88dB at 2.83V/1m while the nominal impedance is quoted as 6 ohms with a minimum point of 3.4 ohms.

Marten’s Chief Designer Leif Olofsson told SoundStage! Australia, “Design is not a destination. We are always looking at how we can improve and refine our products. Our current range is as good as it’s ever been, but that doesn’t mean we’re finished.” 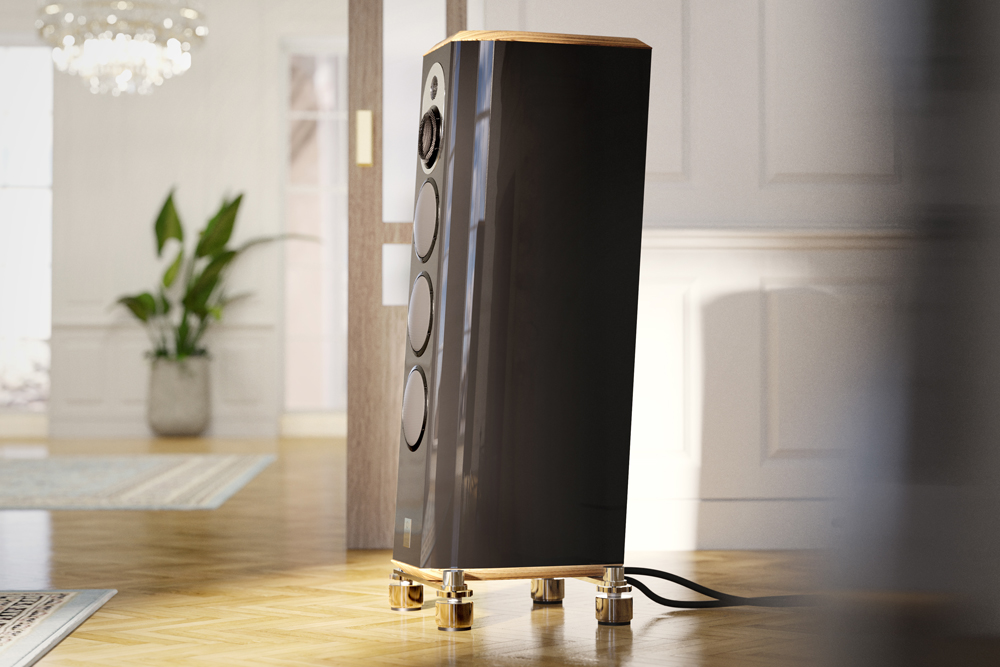 The Mingus Quintet 2 has just been announced and will most likely be arriving in to Australia towards the latter part of Q1 2022.

Marten Mingus Quintet 2 Loudspeakers
Price: Yet to be Announced