A stream of engineering and circuit design improvements have been announced by Rotel for its new 15 series integrated amplifiers including the flagship RA-1592MKII.

The RA-1592MKII amplifier tops the line of the new RA series of integrated amplifiers (joined by the RA-1572MKII) and is a 200 watts (continuous) per channel into 8 ohms Class-A/B powerhouse (350 watts maximum into 4 ohms). The new integrated amplifier has been thoroughly revised in order to improve circuit design with an aim to provide enhanced audio performance while maintaining a comprehensive features list.

The RA-1592MKII packs three unbalanced RCA line level inputs, a balanced XLR input, an RCA-based phono input for Moving Magnet (MM) cartridges while analogue outputs include twin ‘Mono Sub Outs’ and a pre-out for connecting to additional power amplification. Digital connectivity is provided via no less than three S/PDIF RCA coaxial and a further three Toslink optical inputs while a USB input rounds out the digital suite. Ethernet connectivity is via RJ45. 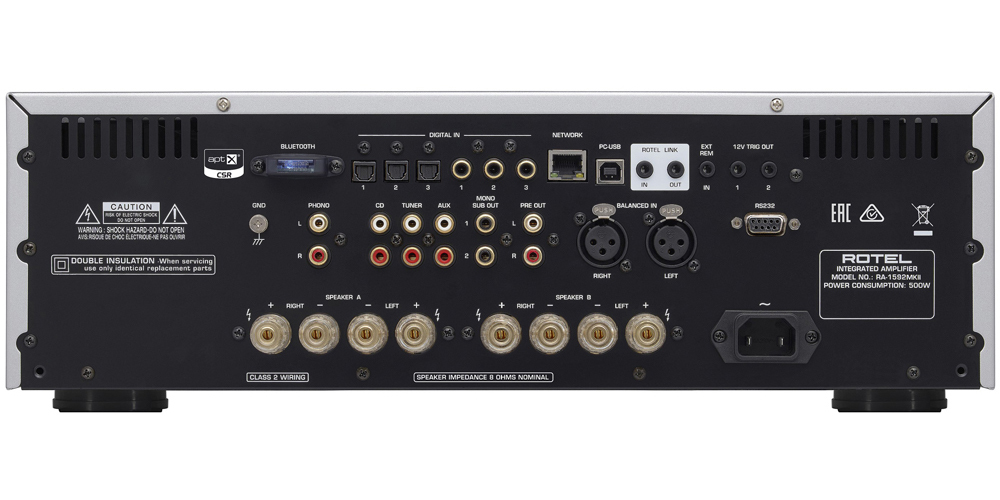 The RA-1592MKII has had significant upgrades to its power supply and other crucial circuitry. The Texas Instruments-based DAC stage features 12 new coupling capacitors which are said to render improved frequency response and are the recipients of even higher component tolerances. Higher-specification capacitors have also been adopted across other critical circuit design sections with Rotel stating the MKII amplifier features a total of 28 crucial component changes. The circuit and power supply enhancements are said to provide a more dynamic and detailed sound.

The RA-1592MKII damping factor has been quoted as 600 from 20Hz to 20kHz at 8 ohms, a specification which promises tight low frequency performance. Total Harmonic Distortion (THD) is said to be less than 0.008% while Intermodulation Distortion (IM) is quotes as less than 0.03%. 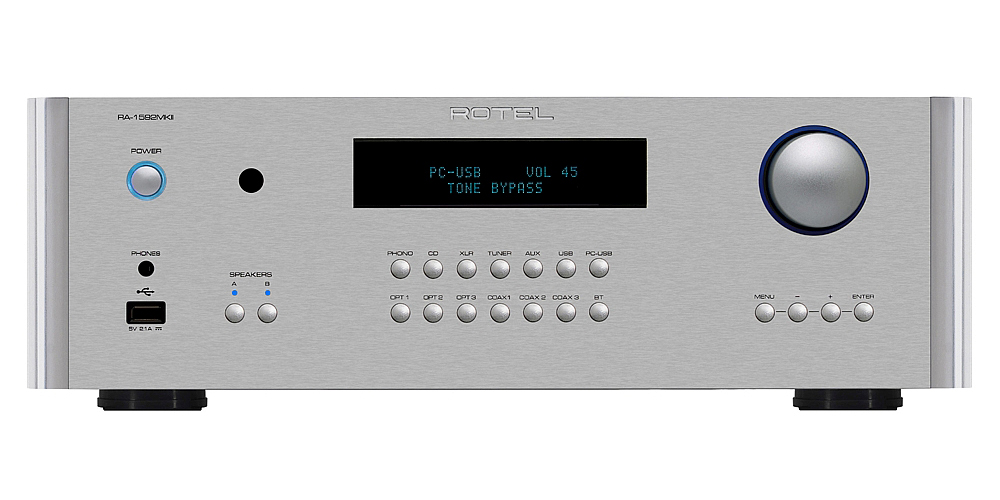 The new Rotel 1592MKII integrated amplifier is available in Silver and Black anodised aluminium colours and will be available via Australian distributor Interdyn’s wide range of specialist audio retailers around the country.