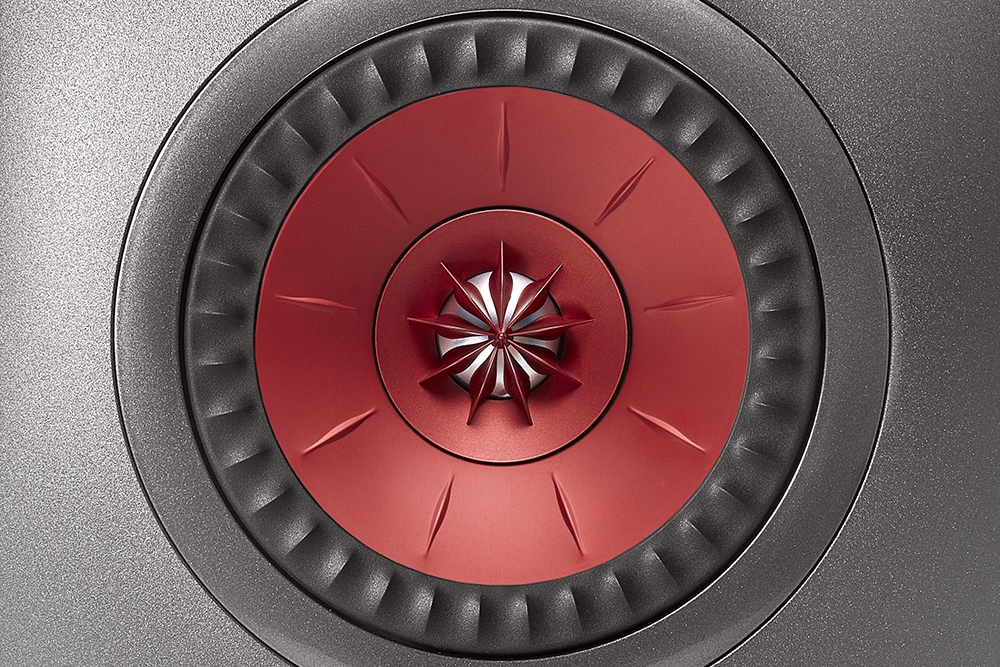 As a manufacturer, it must be incredibly difficult to not only keep ahead of the competition in the technology of products, but to also try and predict the needs and desires of the consumer. KEF has been at the front end of this race for more years than most. With a rich history dating back to before 1961, KEF has produced some of the most memorable speakers, drivers and components of the last 50. From the diminutive 1960's LS5/1a to the mighty MUON of today, KEF is a worldwide brand synonymous with quality sound. With the new LS50 Wireless KEF aims to encompass a new audience…

We want it all... and RIGHT NOW PLEASE!

Aren't we a demanding bunch, us audio consumers! Not only do we want great sound from good looking equipment, but we want it in a nice compact package that will suit our decor. We insist that not only should it be simple to use and pleasing to the eye, but that it must also incorporate the latest formats, algorithms, features and gadgetry. On top of all that it absolutely must integrate with our beloved smart phones and tablet devices!

The arrival of the heavy yet compact box held promise from the first peek inside. Nestled in their foam cut-outs, the KEF LS50 Wireles are small, heavy and dense. The design is almost industrial and reminiscent of the best of the machine-like/retro styles. Smooth lines, contrasting shades and enough differences in colour and materials to create just the right amount of visual interest. The review pair came finished in beautiful Titanium Grey/Red. Supplied accessories are comprehensive, but you'll need to supply your own stands, unless you purchase the KEF Custom LS50 stands, of course. 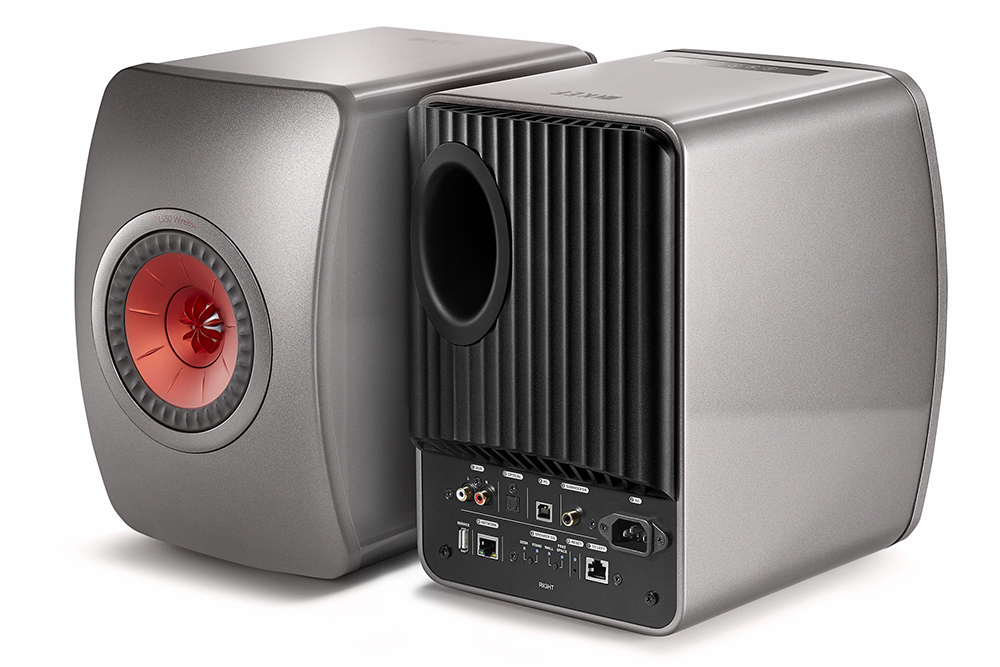 Firstly, these are active speakers, complete with 200 watt and a 30 watt amplifiers enclosed in each cabinet. Each separate speaker is powered from the wall and connected to each other by a 10/100 Mbps RJ45 Ethernet cable (3m long, so if you need wider spacing, you'll need a longer Ethernet Cable). That's it - no speaker wires needed (a serious saving here for some of us!). All Inputs are solely on the right side speaker, as the left, although powered, acts solely as a slave to the right side. And there's plenty of inputs here. The KEFs’ full name is the "KEF LS50 Wireless". In practice, this means the system can be connected to 2.4GHz/5GHz Dual Band Wi-Fi for wireless streaming. It can also be connected via Bluetooth 4.0 with the high quality aptX Codex for individual device source.

There are, of course, the normal inputs for direct connection via your source of choice, including asynchronous USB Type B, a CD player, Phono stage or any other device with those output types. Lastly, there's a TOSLINK optical input, for connection from Set Top Boxes and other media sources. As we found out, this also serves as a superb input for music from CD as well. In fact, up to 12, yes 12 devices can be connected, including up to eight Bluetooth devices! The KEF LS50 Wireless comes with its own remote, featuring volume, source selection and power on/off, mute and track selection from compatible sources.

And if that wasn't enough control, there’s also the KEF App which is available as a rapid free download from the App Store, or Google Play for Android users. The KEF App works with iTunes and Tidal, if you're a subscriber, but will also integrate with any music bank on your network, allowing track selection and control from your Smart Device. The App itself is basic, but it has everything you'll need to get going. Setup is the same as pairing with any other Wi-Fi device, something most of us have become adept at from necessity. Bluetooth pairing is likewise very simple and fast. In use, the App performed cleanly with minimal "glitches". One thing to note is that unlike a normal device, the display on the KEF LS50 Wireless is on the top panel of the right speaker, so you won't see it from your listening position. Helpfully, KEF have included a sound that signals power up or power down operations and source switching. Smart. 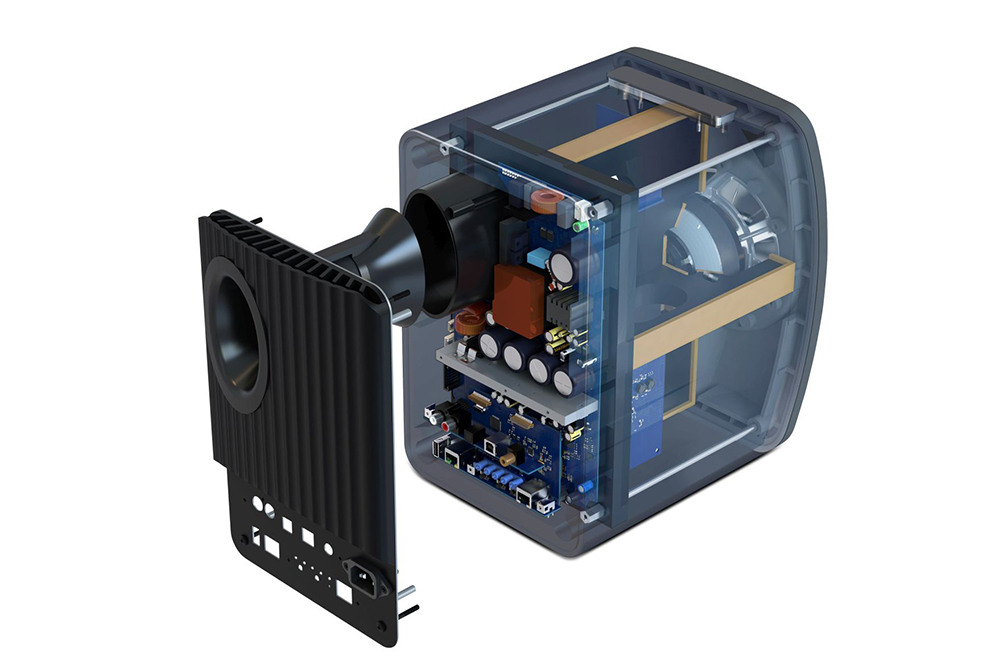 As good as the LS50's are in a two channel environment, they are no slouch when it comes to home theatre duties. Placed either side of the big PDP-LX608A Pioneer Plasma and with signal from the Sony BPD-S390 Blue-ray, the LS50 Wireless were quite at home doing front channel duty. Augmented by the Pioneer HTP-LX70 subwoofer, and with the KEFs set to "bookshelf" mode, the speakers were relieved of the lowest of low frequency duties. Watching Tom Cruise as Lee Child's character Jack Reacher, in Never Go Back, the leading edge impact of dynamic sounds like gunshots, fist strikes and vehicle impacts took on a very realistic quality. The KEFs provided an essential improvement, in that they made the human voice much more intelligible in the overall mix of the movie. Dialogue and nuance were more easily followed and thus enhanced the atmosphere of the film. More fun and thus, easier to follow and enjoy.

Firstly, this reviewer must be honest in stating that his preferred music playback methodology is not via the various digital download formats nor through networked playback. However, I am setup for it and stream tracks via iTunes and JRiver from a library on a PC on the network. Alternative sources were an iPhone 5S and an iPad Air. Both methods provided clear and concise sound quality and while, in my opinion, not up to the sound from Redbook, it was high quality sound and easily enjoyed, warranting a re-examination of my computer playback system – the asynchronous USB input has great potential. So overall, the LS50 Wireless’ flexibility versus quality ratio is one that few can match.

With the now ubiquitous Uni-Q matched with the on-board DSP, the LS50 Wireless can be both placed, and tuned, to suit almost any environment. The listening tests here were performed within a 4.6m x 6.2m well dampened room, with the LS50 placed on 75cm shot filled stands. Spacing between the speakers was 240cm, with the listening position at approximately 3.3m. In this setting, the LS50 provided a listening experience very, very similar to the original award winning LS50. But much more flexible. The DSP tuning via the App lets the listener adjust not only the placement of the speaker, from wall, to in room and stand or shelf mount, but also the response and dispersion characteristics. In practice, this gives the LS50 a wider than usual sweet spot. 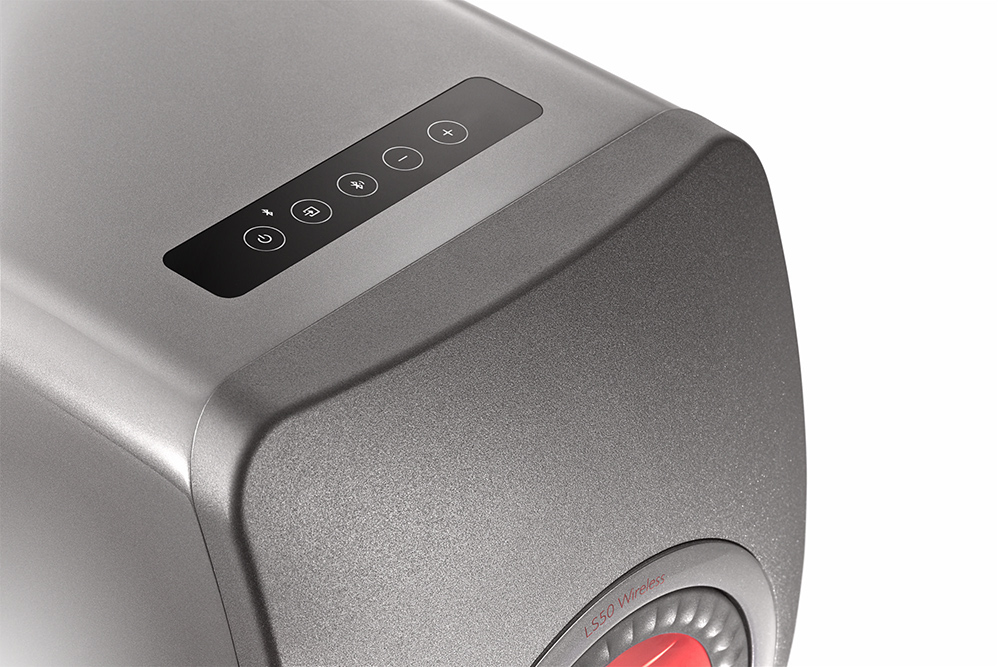 However, this comes at the cost of transparency and outright soundstage. Focus is best with the setting for less dispersion. Then, the LS50 Wireless snaps into focus in a way only smaller, single driver systems can do. As with its predecessor, the LS50, the LS50 Wireless refuses to play as a "small" speaker, instead having pretensions as a larger bookshelf, or even a floor stander in some instances. Not usually being a fan of listening to music in a foreign language, nonetheless Australian Aboriginal artist Geoffrey Gurrumul Yunupigu's album Gurrumul went a long way to convincing me otherwise. The opening track "Wityathul" features his lilting vocals with minimal backing instruments. A simple and almost ethereal quality to his voice came through the LS50 in an entirely natural way.

Incidentally, despite being blind from birth, Yunupingu plays a right handed strung guitar, left handed. He certainly doesn't seem at all handicapped in his use of this instrument, as several of his solo tracks can attest to. Track 5 "Gurrumul History" spotlights the guitar and the KEFs brought out the real bite of this instrument, with the body and resonance clearly audible. Apparently, many of these tracks were in the open air, outside and at night. The sound of a camp fire can be heard in the background of several tracks, during silences in the recording.

On albums with a heavier mix, the LS50 Wireless were not in the least embarrassed and in fact, the mid-bass and dynamics would not be out of place in many larger and multi-driver speakers. How such volume and complexity can be reproduced from such a diminutive driver is just amazing and a tribute to the work of KEF’s engineers. 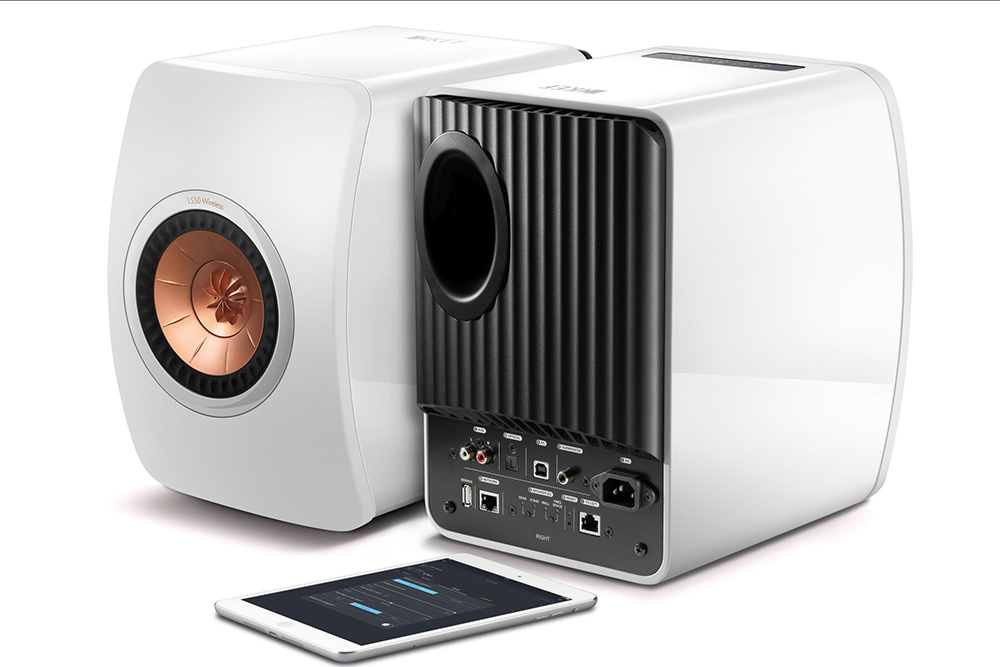 On old favourites like Shelby Lynn's Just a Little Loving where the low bass notes of the title track are a big ask for any speaker, let alone a "tiny tot" such as the LS50 Wireless. And yet, while not all the bass was there, you could hear what was supposed to be there and didn't feel short changed. The LS50 Wireless didn't miss out by fluffing the notes, or distorting them, it just played "less" of what was on the recording, while still retaining the balance. Lynn's voice has a slight coarseness in the upper frequencies in this track. This was portrayed correctly by the little KEFs, not glossed over as some systems are wont to do. Where the LS50's limits are reached is in the combination of a very dense mid-range, mixed with bass or upper bass.

A good example can be heard on Tom Waits’ album Glitter and Doom in track 6 "Such a Scream". Waits’ voice would tax almost any driver with enough volume, but the LS50 Wireless handled it well, up to a point. Over enthusiastic use of volume reveals the driver in the KEF will distort with tracks like this that have a strong emphasis on a particular low frequency. Not at all surprising of course and the breakup is mild and easily compensated for.

Smoother male vocals, such as those found on track 5 "I'm Going Home" of Leon Redbones album A Lazy River are presented in a beautiful, warm and romantic fashion, with harmony and emotion. Here, one can just sit back and let the LS50 Wireless do their thing, putting you right into the recording and riding along on a wave of musical enjoyment

Is the KEF LS50 Wireless System the future of all-in-one sound reproduction? Doubtful, in a market where yesterday is years ago in technological terms. But it’s at the state-of-affairs right now as technology stands. As a standalone system it has incredible versatility and, with a sound quality as good as that of their unpowered brethren, the L50 Wireless are something special.

For this reviewer at least, the KEF LS50 Wireless were a chance to explore just what a major manufacturer is capable of when they decide to produce an ‘all-round’ product with high quality, convenience and connectivity. Are they as good as the LS50? That will depend on what you connect to the LS50 of course. But, given what would have to be spent on quality amplification and DAC, DSP and connectivity (not to mention cabling) to just match its wireless brethren’s features, the KEF LS50 Wireless system acquits itself very well indeed.