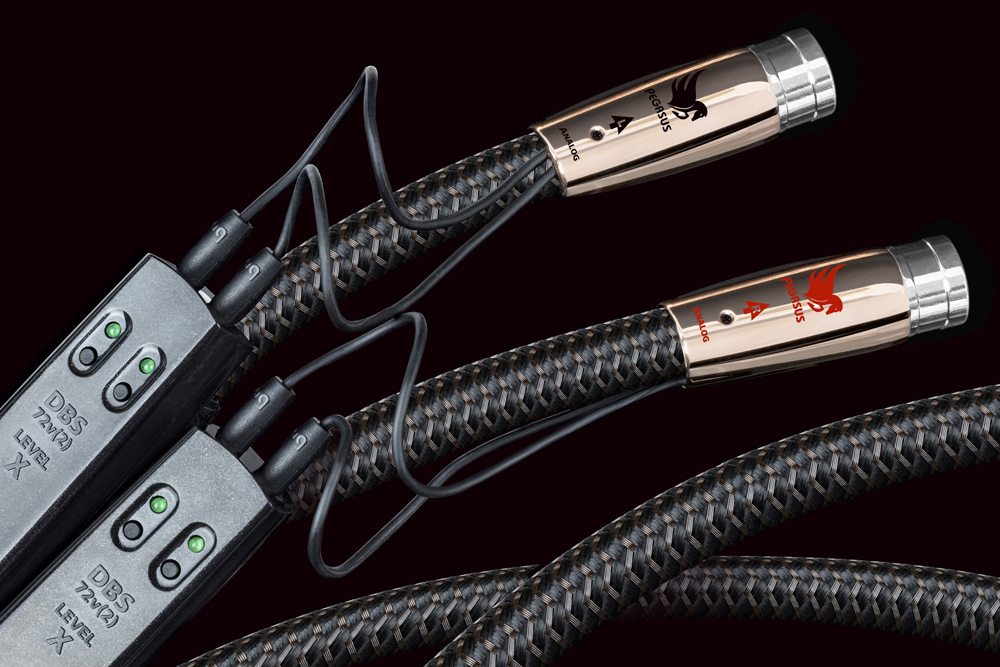 The event was held at high profile retailer Sydney Hi-Fi Castle Hill. On the evening, two of the main listening studios served to demonstrate AudioQuest’s latest cable models in the new Mythical Horses line. In addition to key Sound United personnel, AudioQuest representatives Adam Shaw-Cotterill International Sales Director and Robert Wong Asia Pacific Sales Manager presented the new cables in a series of A/B demonstrations which showcased the sonic differences between the new arrivals and a variety of the company’s upper and lower offerings. 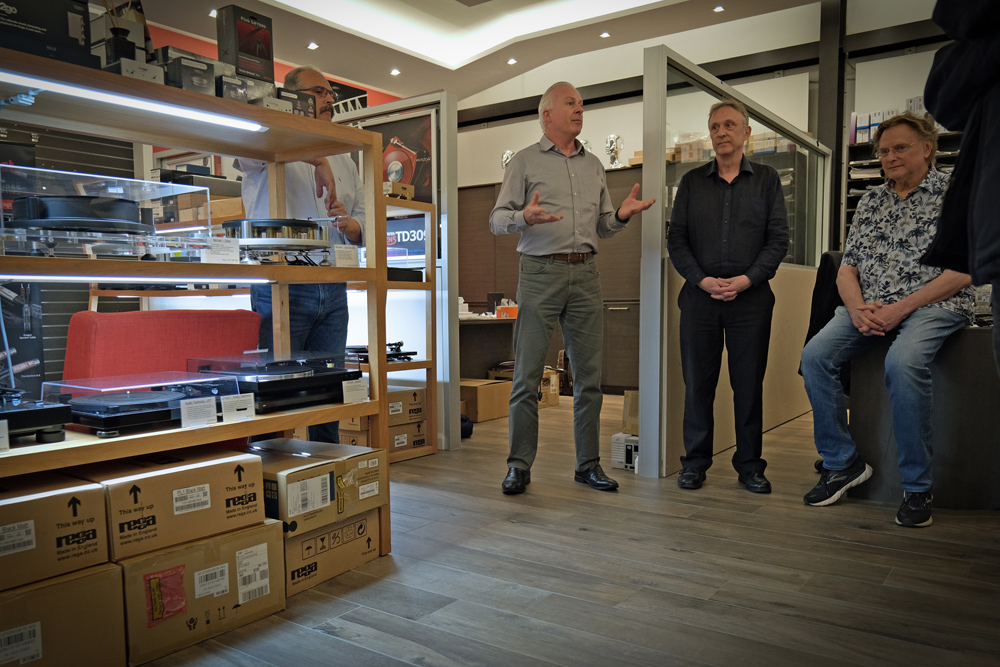 Sound United’s John Martin opens the evening with Charl DuPlessis by his side and Michael DiMeglio camouflaged behind audio rack (SoundStage! Australia Reviewer Tom Waters stares the camera down)

The new all-copper Black Beauty is a high-end non-DBS design featuring AudioQuest’s best PSC+ copper formulation while also featuring the company’s proprietary ZERO-Tech technology which aims to negate any source and load impedance mismatches. The new Black Beauty retails for AU$1600. Also shown and auditioned on the night were the new Dragon silver cable jumpers. The new Pegasus which replicates the Black Beauty albeit with the addition of AudioQuest’s DBS system had not arrived in time for the event but is expected to land in Australia imminently. 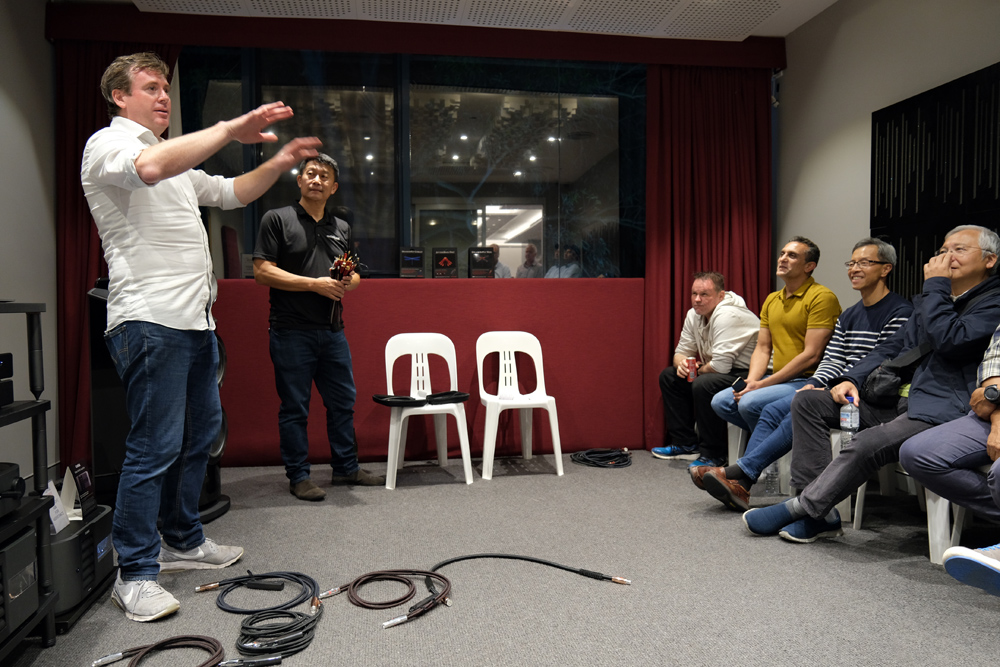 “We spend an enormous amount of time and money designing everything that we make” Shaw-Cotterill stated at the start of his presentation, going on to say, “our design philosophy is about having solid conductors, the quality of our metals, the geometry, the design, the dielectric, the insulation – often using advanced graphene an conductive carbon which has to be extremely carefully terminated – around it and how we combined those philosophies and different levels of technology is how we make our cables.”

AudioQuest cold-welds (massive pressure joint) all its cables in an effort to present the various conductor types with a continuous metal structure from the starting connector point, through the conductor itself and, at the opposite end, the end-point connector. “A single conductor behaviour – under sufficient pressure, each metal has no idea which it was originally part of.” 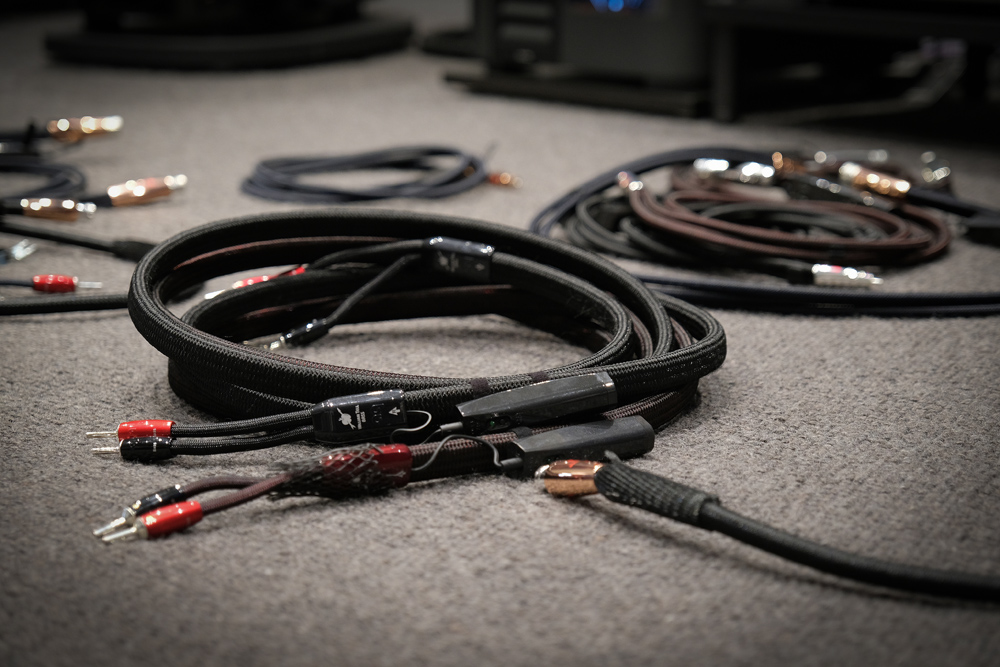 The Mythical Creatures Thunderbird cable, or the William Tell speaker cable, as examples, require highly skilled production staff to terminate. Each cable takes approximately two hours to terminate and as Shaw-Cotterill said, “it would take me six hours and I’d get it wrong.”

In a neighbouring smaller sound studio Robert Wong showcase the music-making powers of entry-level-to-mid-level AudioQuest cables which are aimed as companions to more affordable Hi-Fi. A Marantz CR612 all-in-one ‘Compact CD Receiver’ drove a pair of the new Bowers & Wilkins 703 S3 loudspeakers. The demonstration took the audience through an escalation from generic ‘Monster’ style speaker cable to ‘DB’ custom installation cable to ‘Rocket’ R11, onto R33 and culminating on R88. Wong performed a similar exercise with a number of AudioQuest’s HDMI cables. Like in the upper-market demonstration next door, for the most part, the sonic improvements as the cable quality escalated was universally confirmed as being of a perceptible and worthwhile improvement. 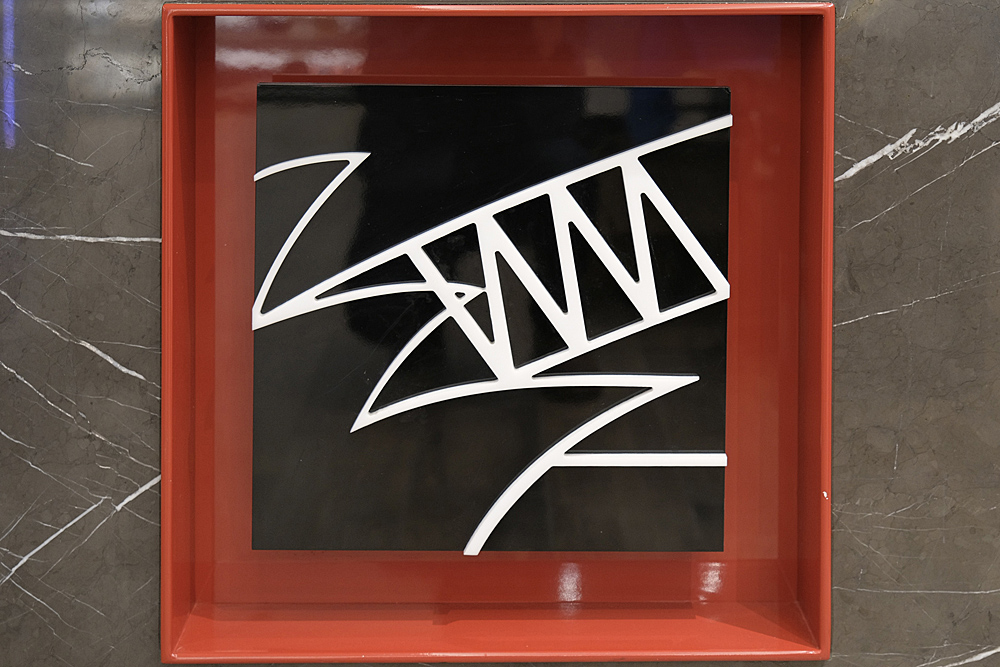