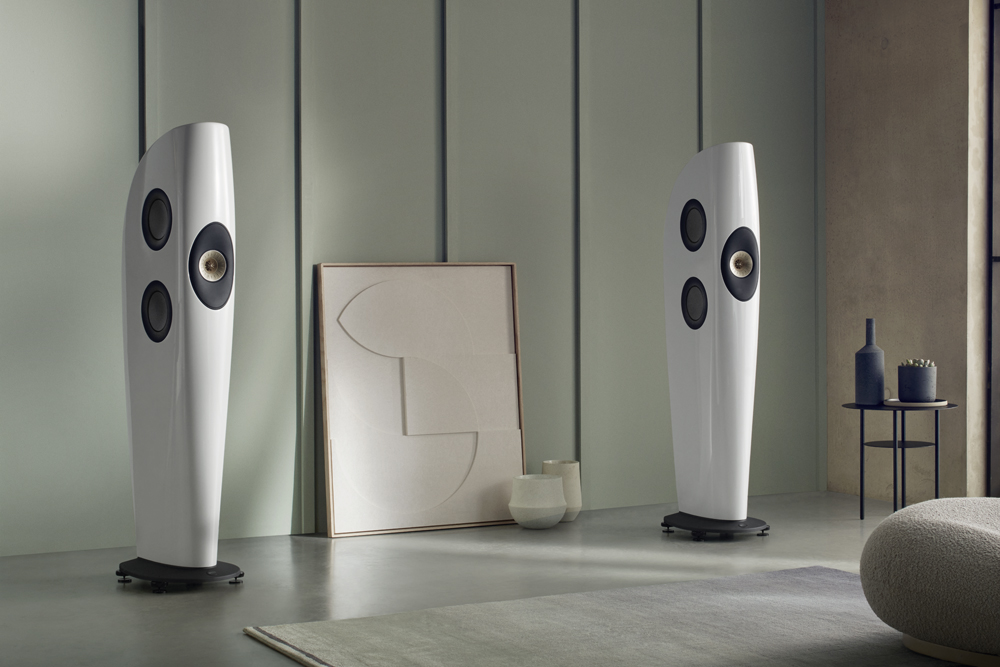 Following the success and evident improvement of the Meta version of the company’s LS50 loudspeakers, KEF has announced it has expanded the Meta-verse with improvements to the upmarket Blade and Reference series.

KEF’s new Blade One Meta and Blade Two Meta in conjunction with the entire Reference series receive the Metamaterial Absorption Technology (MAT) first introduced for the LS50. However, KEF’s engineers also embraced the opportunity to introduce a number of further improvements in order to raise the level of performance to a yet higher level of excellence.

The Blade models receive a tweak to the Single Apparent Source technology by way of a brand new computer-optimised 12th generation Uni-Q driver featuring a stiffer aluminium dome for the 25mm tweeter. The driver’s rear gap has been modified to allow for the full MAT treatment. The Metamaterial absorbs up to 99% of the UNI-Q driver’s tweeter back-wave acoustic reflection, resulting in a remarkable reduction of distortion while maintaining the trademark tonal and sonic accuracy. 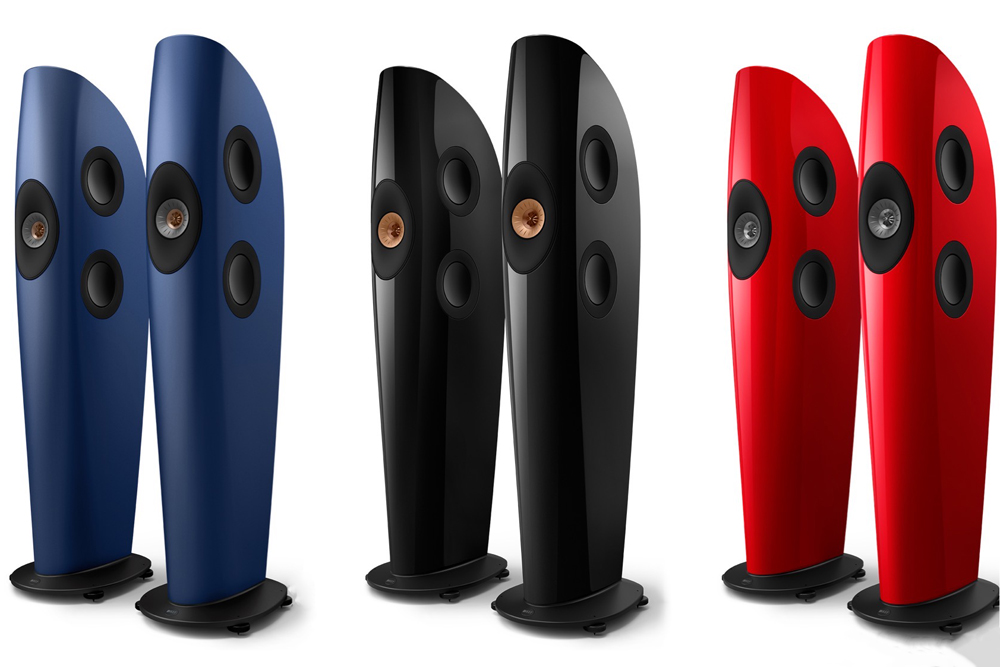 The Uni-Q driver’s 125mm (5 inch) midrange component has received an improved rubber surround which allows higher excursion resulting in an extension to its frequency response. Also improved is the Uni-Q’s magnet system which now employs an inductance-reducing copper ring embedded in the motor gap. Reductions in distortion (THD) and thermal compression are also a result of this magnet refinement. KEF claims these and other enhancements have produced a more “life-like” yet transparent presentation.

The Single Apparent Source technology… umm, unifies the Uni-Q driver and the bass drivers in a manner which approaches the sound propagation of a point-source loudspeaker. The low frequency drivers are mounted on either side of the Blade enclosure in a back-to-back configuration said to cancel cabinet vibrational distortions. Blade One Meta employs four 225mm (9 inch) bass drivers while the Blade Two incorporates 165mm (6.5 inch) versions. The frequency response of Blade One Meta and Blade Two Meat has been quoted as 35 Hz to 35 kHz and 33 Hz to 35 kHz (±3dB) respectively while the sensitivity is said to be 88dB and 86dB (2.83V/1m).

KEF states in its communication with SoundStage! Australia, “With the philosophy of innovating in pursuit of the most accurate and realistic sound, Blade is about perfecting a ground-breaking concept to delight people with the ultimate listening experience.” 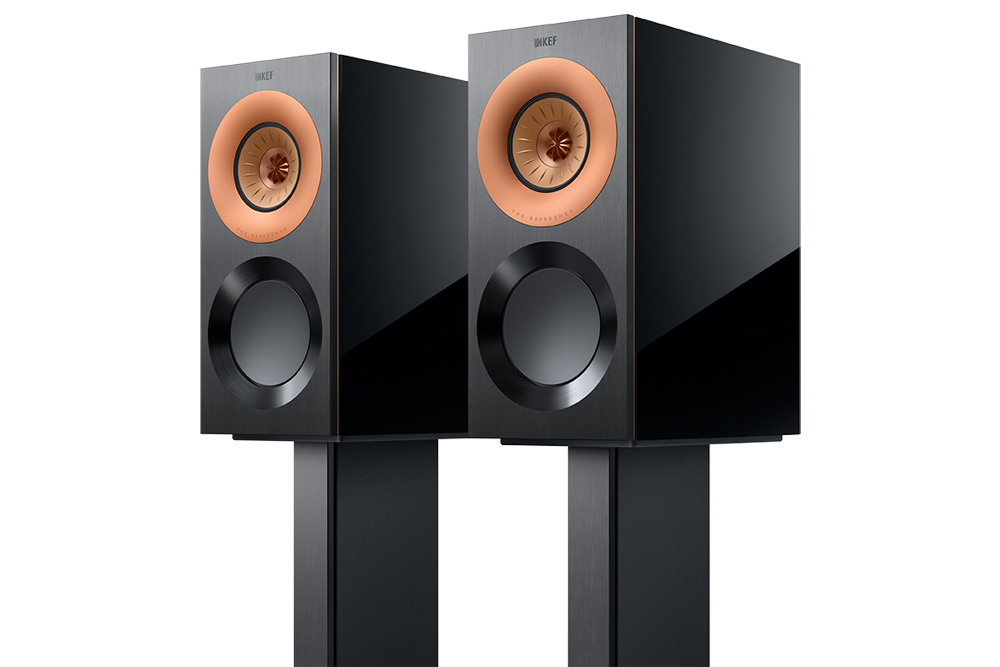 Similar improvements have been applied across the Reference series loudspeakers which include two 3-way floorstanders, a large 3-way standmount and two centre channel speakers. The 12th generation Uni-Q driver results in sound performance improvements while the crossover networks have been improved through all the models. Again, Metamaterial Absorption Technology (MAT) has been applied on the Uni-Q driver with the resultant near-elimination of rear-wave distortions.

Of the new Reference Meta speaker line, KEF states the following, “The Reference are loudspeakers for serious audiophiles who aspire to the perfect enjoyment of music and movies. Whether used in a traditional two-channel HiFi or a multi-channel home theatre, listeners will be able to experience the realistic, immersive sound with breath-taking dynamics, and levels of accuracy that reveal details never noticed before.” 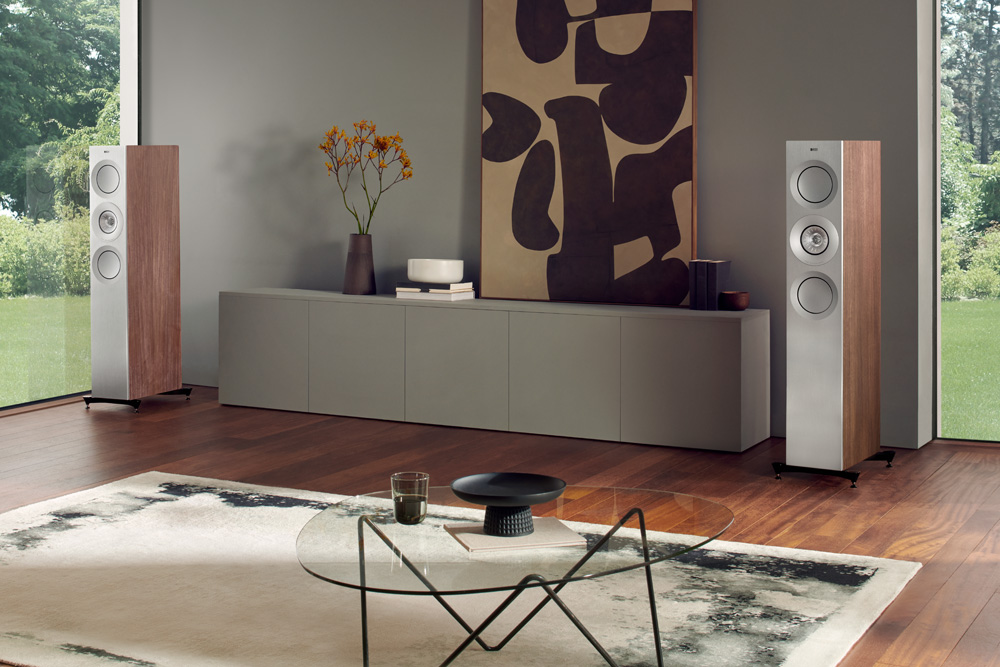 KEF is distributed in Australia via importer Advance Audio Australia and the new Blade Meta and Reference Meta speakers will be available throughout the country only via the following authorised specialist audio retailers: Audio Connection Sydney, Melbourne Hi Fi, Douglas Hi Fi Perth and Brisbane Hi Fi or at www.kefhome.com.au