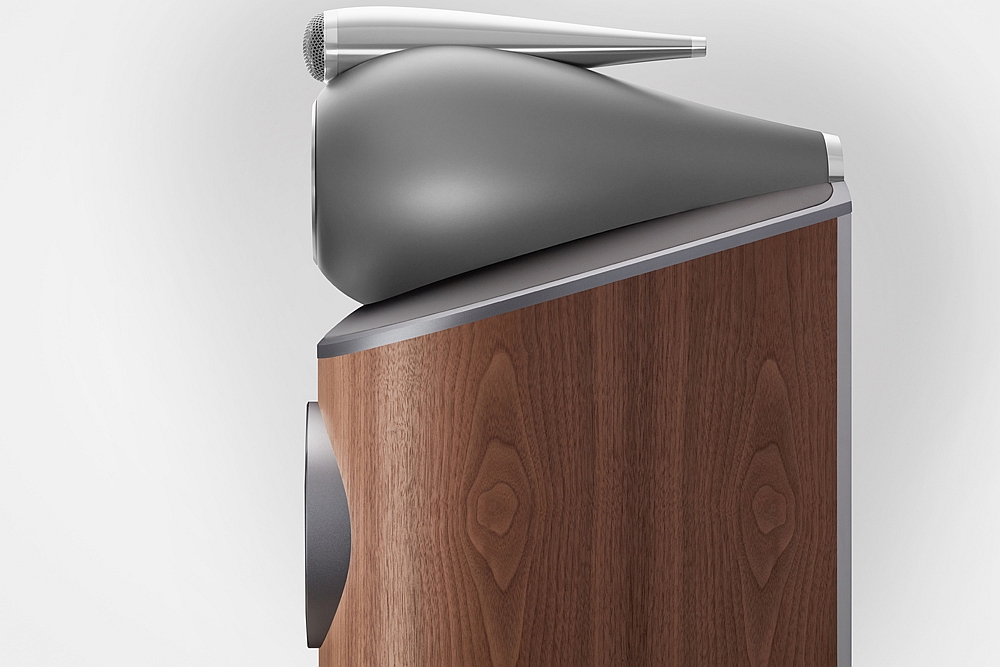 Superficially, the new Diamond 4 range may seem similar in styling to the previous generation, however, there are several aesthetic cues to differentiate the previous and the new while the technological updates and upgrades are truly substantial. 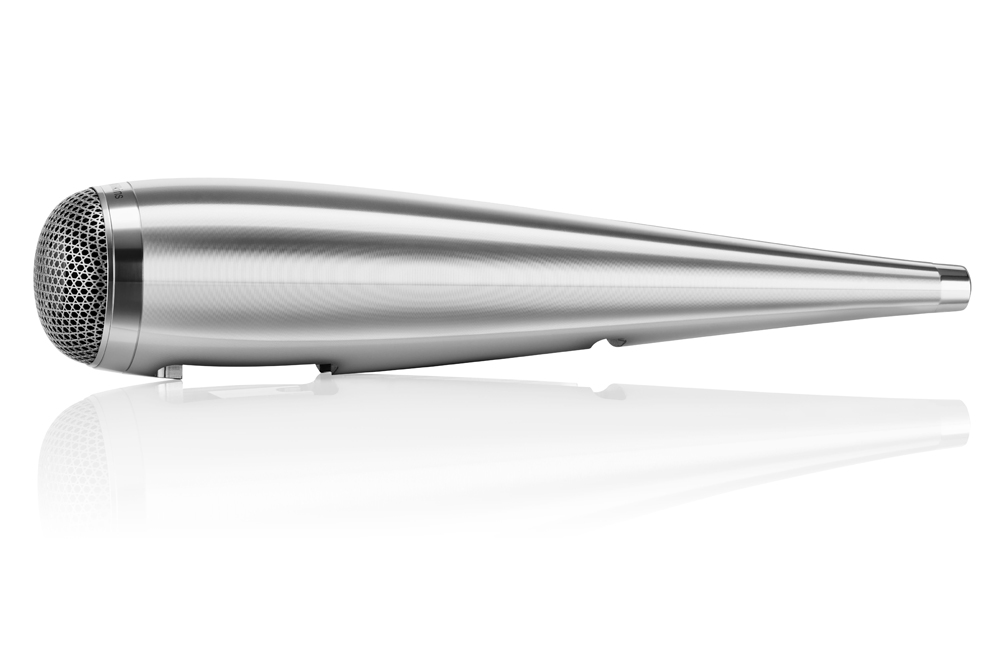 Starting at the top, the 25mm Diamond tweeter and housing have been redesigned, with the ‘Solid Body Tweeter-on-Top’ now featuring an elongated tubing structure (now approaching 300mm) milled from a solid block of aluminium. In conjunction with a redesigned magnet motor system, the added tube length is now more efficient in terms of dissipating rear-wave reflections and vibrational distortions, with isolation provided via a dual decoupling scheme. Bowers & Wilkins claims the new tweeter arrangement provides a more “open sound”. The Solid Body tweeter enclosure is now finished in anodised silver or black aluminium to match the cabinetry (more on that below).

The midrange frequencies for the floorstanders are handled by a reinvented version of the highly regarded Continuum Cone driver (used as a mid-bass driver in the 805 D4 standmount). For the floorstanders, the Continuum driver features Bowers & Wilkins’ unique Fixed Suspension Transducer (FST) technology which dispenses with the roll surround resulting in a claimed cleaner, less coloured sound. 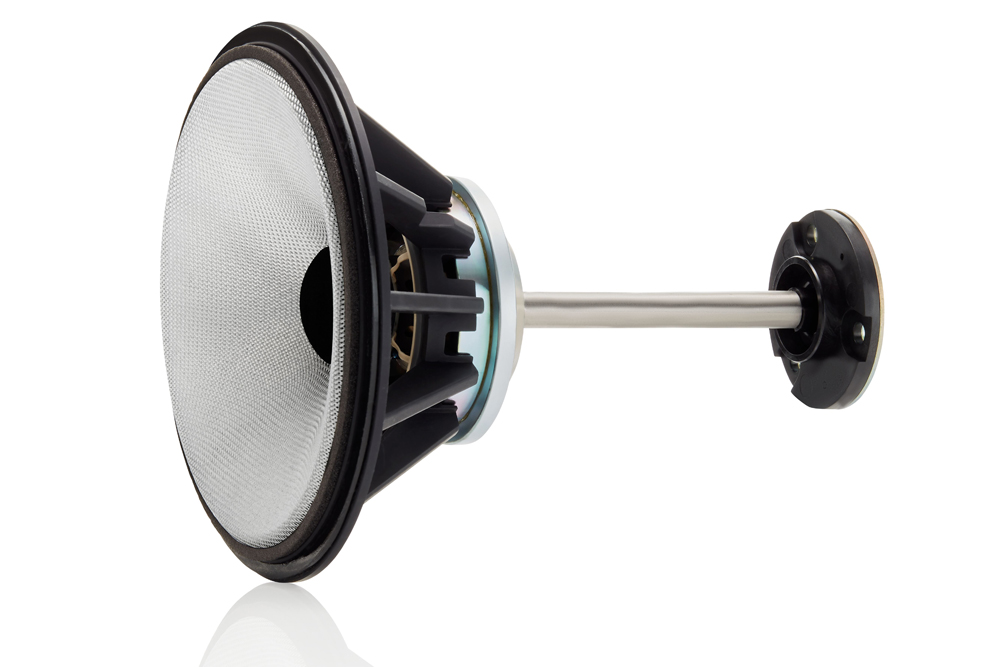 The D4 range’s Continuum driver introduces an exclusive Bowers & Wilkins technology. The new driver eschews the traditional and ubiquitous spider suspension for the new in-house-designed ‘Biomimetic Suspension’ architecture. With conventional spider systems, the surface area of the spider (the usually yellow or orange accordion-fold flex fabric) can cause a modicum of air pressure in front and behind it when the cone is moving. The more excursion, the higher the pressure and, as Bowers & Wilkins states, the more potential for increased non-linearity and distortions. The new Biomimetic suspension system features a thin skeletal structure made from a robust composite material, with the topology being almost an open air construction. The Biomimetic suspension therefore allows free driver movement with almost zero non-linear air pressure distortions. The sonic result should be super-clean, dynamic and “transparent” midrange frequencies. 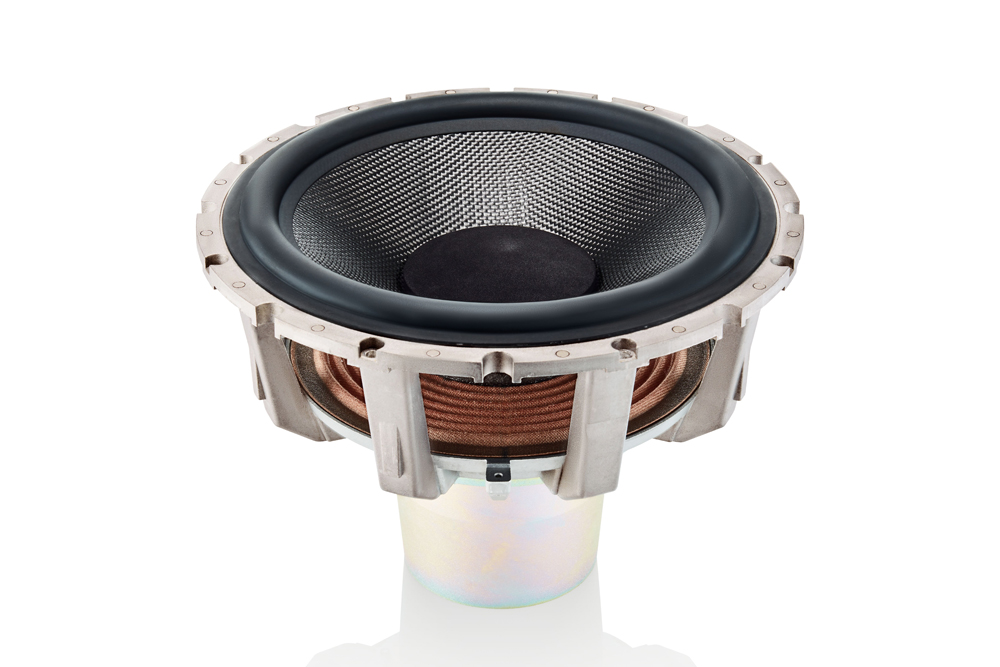 The famous pod-like ‘Turbine Head’ aluminium midrange enclosure is improved further by way of structural refinements and enhanced isolation techniques. Vibrational distortions are eliminated by a system of ‘Tuned Mass Dampers’ while the whole Turbine head is further decoupled from the bass enclosure via a sprung-mounted system. 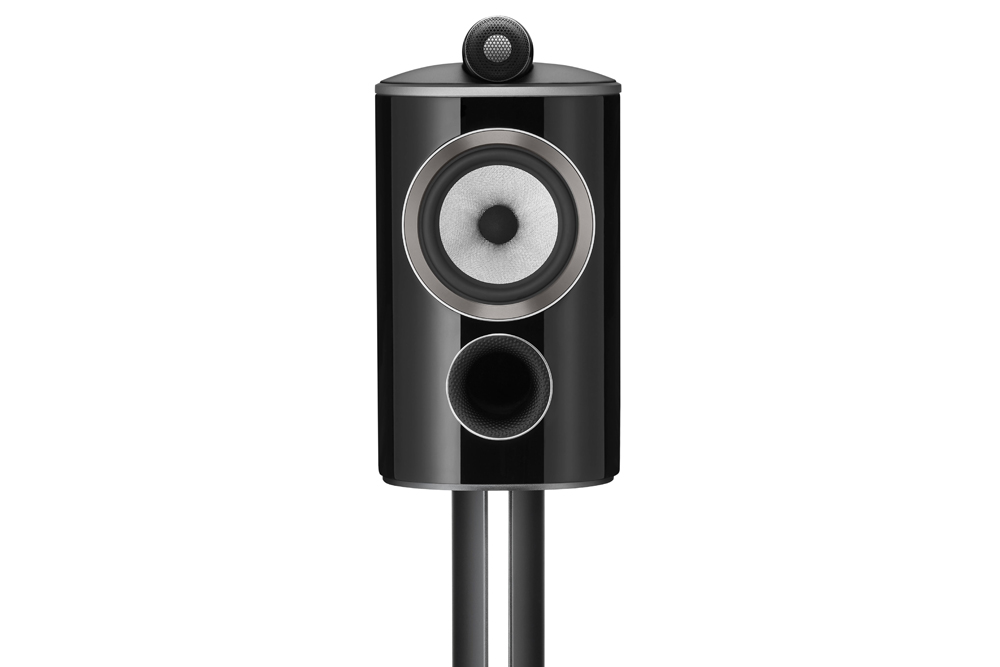 The bass enclosure maintains the ‘Reverse-Wrap’ cabinet construction first introduced in the previous D3 Series. Bowers & Wilkins’ ‘Matrix’ system of interlocking skeletal bracing panels is again employed. The ‘Reverse-Wrap’ construction is, independently of the Matrix system, extremely stiff and the company now includes this construction scheme across the entire stereo range. Taking enclosure construction to another level, the Diamond 4 Series now introduces an additional technique in order to further stiffen the bass cabinet by way of an aluminium sub-baffle plate which, effectively, provides an additional massive brace. In combination with the Matrix system, the new enclosure construction should provide exceptional stiffness and an ideal platform for optimum operation of the low frequency drivers. Further solidity is achieved by the replacement of the wood-based top panel with a cast aluminium while the bass drivers are isolated from the main enclosure via their own dedicated aluminium ‘pods’.

The new speakers are now packaged with a solid aluminium plinth featuring a constrained-layer steel damping sheet (Bowers & Wilkins is, even here, obsessively eliminating vibrational distortions). The new plinth is directly below the ‘Flow-Port’, with the 804 D4 now also employing this low-frequency loading system while all the floorstanders now share new M12 (as opposed to D3’s M6) solid steel spike and footer system. 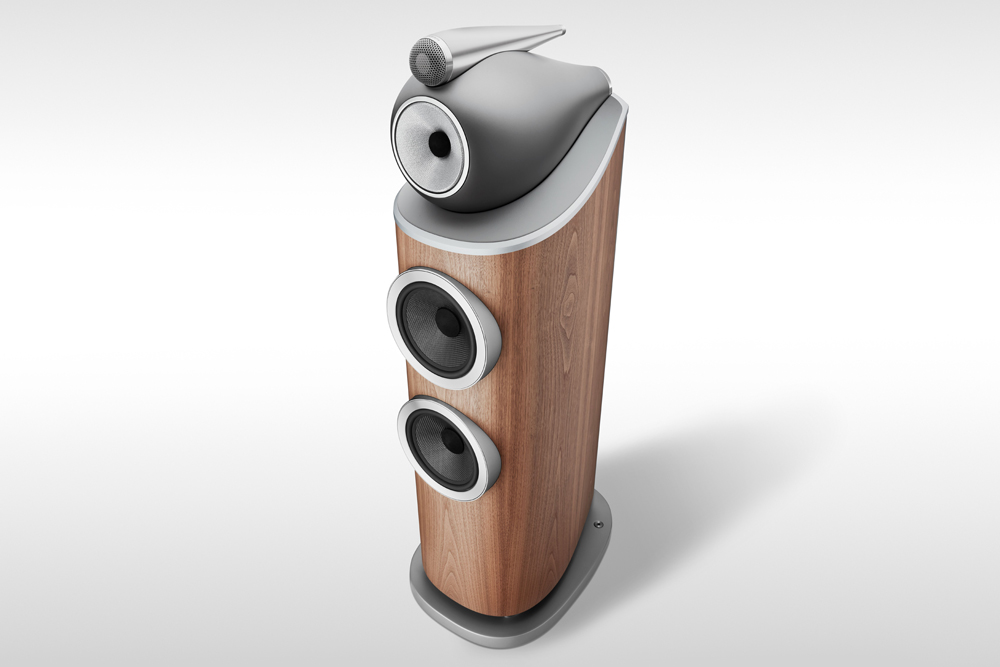 The styling is sophisticated and a further improvement on the superb D3. Design enhancements include ‘Leather by Connolly’ trim across the aluminium top panel in dark or light grey (depending on cabinet finish) and new enclosure finishes. Carried over from the D3 range are the gloss black, mat white and Satin Rosenut and the Diamond 4 Series now introduces the new Satin Walnut veneer.