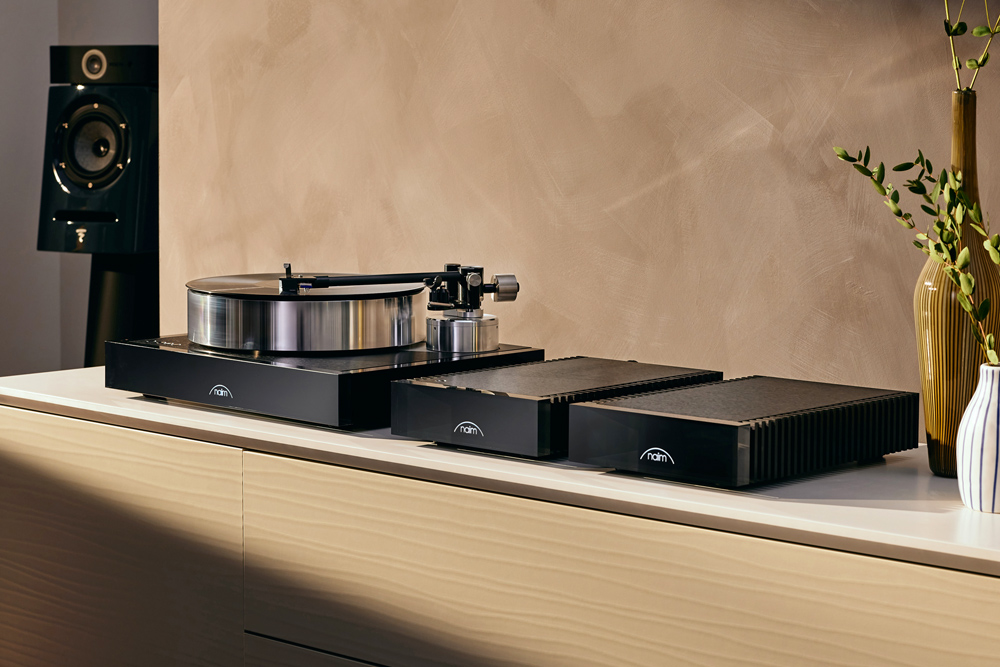 With only 500 units being produced, the new Solstice Special Edition marks a landmark for Naim: it’s the first turntable it’s ever offered and the company has gone all-out by producing a complete analogue-source ecosystem (in the past, Naim has offered the highly-acclaimed original Aro tonearm, various cartridges and the Armageddon power supply for Linn’s LP12).

The Solstice SE (for short) launches with the new next-generation Aro dedicated tonearm and new Equinox Moving Coil (MC) cartridge which, in conjunction with the Solstice SE itself, both are manufactured to Naim’s strict requirements and specifications by Germany’s renowned analogue specialist Clearaudio. The dedicated NVC TT phono stage and matching NPX TT power supply are manufactured by Naim in Salisbury, England. 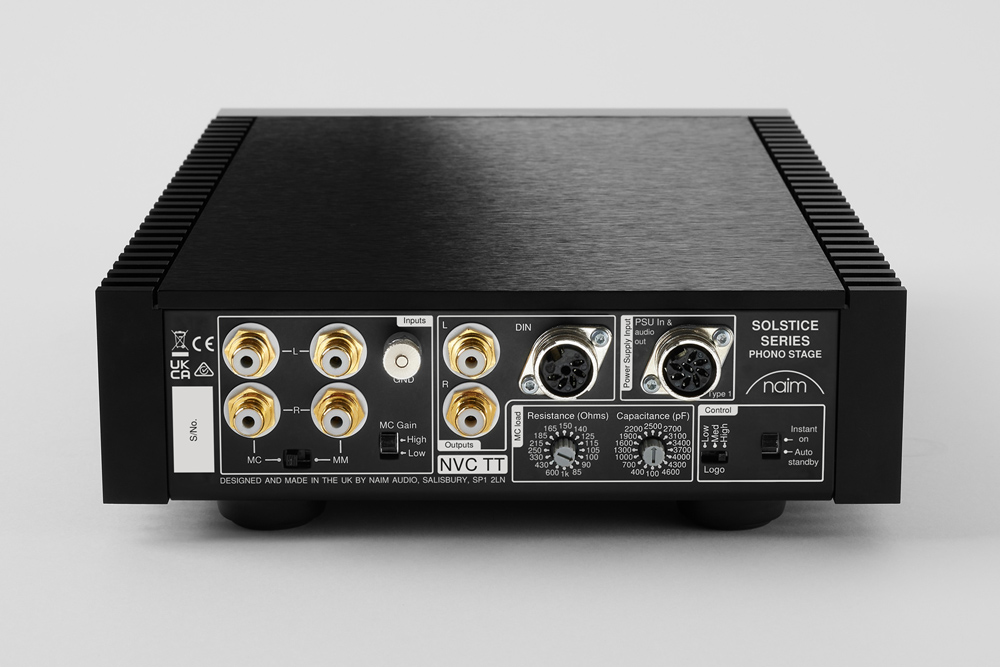 The Solstice SE’s plinth is constructed from no less than 47 thin, compacted wood layers which are further reinforced with a steel skin surface. The plinth’s fascia is finished with a smoothly-polished clear acrylic panel. Resonance control is aided by a decoupled ‘island’ housing the high-mass polished platter which is supported by a magnetic bearing system. The ‘island’ itself is further supported via a three-arm decoupling system.

The new Aro tonearm enhances the original design by adopting new materials including tungsten and carbon fibre. The Aro tonearm also features new “no-compromise” bias, tonearm height and azimuth adjustment systems. The original’s three-point cartridge-mounting architecture is retained (suited to the Equinox MC cartridge) while a two-point fixing alternative is also provided for standard cartridges. The resonance control and stiff interface provided by the three-point fixing system are further reinforced by the Equinox MC’s body which has been machined from a solid aluminium billet. The Equinox’s stylus features a microline contour which mimics the cutting lathe head while the mechanism is supported via a lightweight boron cantilever. 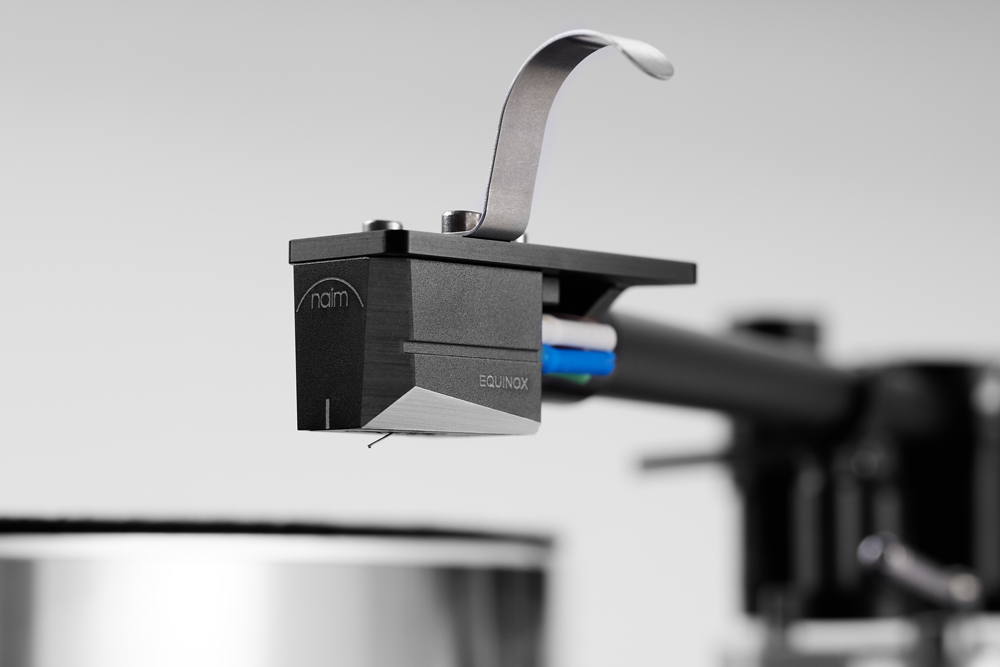 The Equinox MC cartridge is specified as having a frequency response spanning from 20Hz to 40kHz and an output voltage of 0.4mV. Cartridge impedance is stated as 11 ohms and the tracking force is quoted as being between 2.2g and 2.4g. The gain setting should be high while the input resistance is 100 ohms and the input capacitance is 1000 pF.

The NPX TT power supply has been designed with the capability to power both the Solstice SE turntable and the NVC TT phono stage. The Class-A, low-noise MC/MM-capable NVC TT is the first Naim phono stage to feature the company’s proprietary DR technology.

Naim Audio Research & Development Director, Paul Neville told SoundStage! Australia, “Solstice Special Edition offers an exceptional all-round experience. If you love the organic, authenticity of vinyl, now you can enjoy it with the musical purity and passion only a Naim system can deliver.” 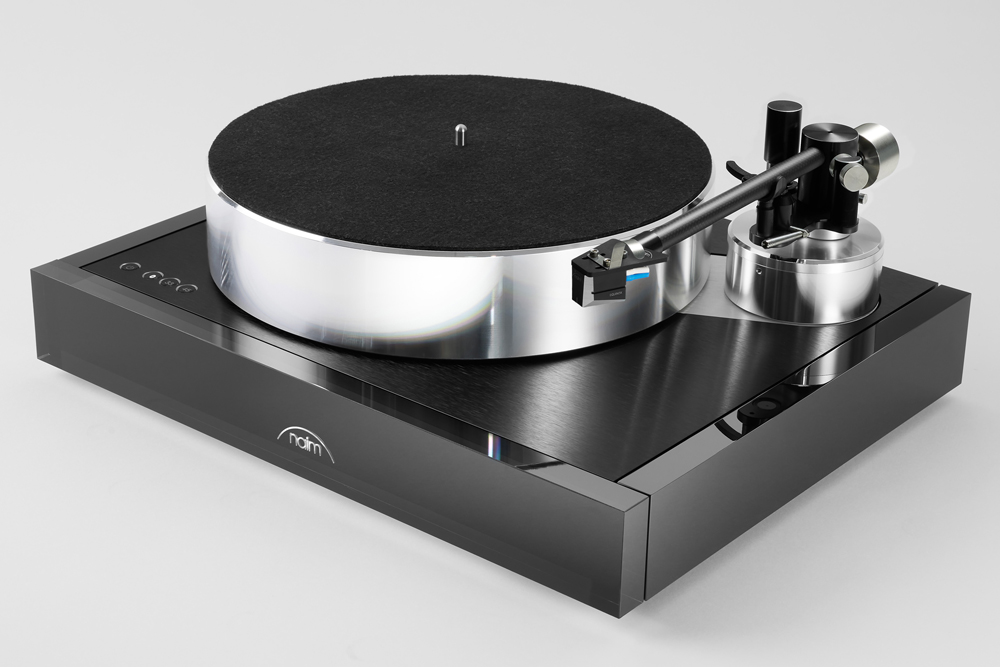